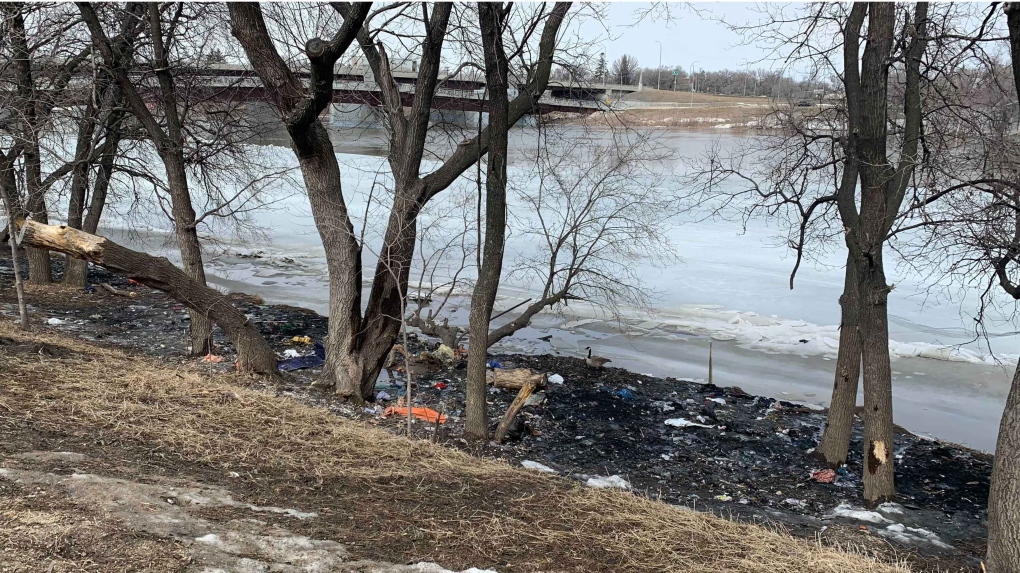 The centre said the river is forecasted to spill over its banks at some places with peak flows within the Red River Valley expected between April 8 and 15. (Image Source: Scott Andersson/CTV News Winnipeg)
Winnipeg -

The province has issued a flood watch for the Red River Valley as a forecasted precipitation system could bring up to 30 millimetres of rain in parts of southern Manitoba.

The centre said the river is forecasted to spill over its banks at some places with peak flows within the Red River Valley expected between April 8 and 15.

It noted about 30 millimetres of rain is forecasted for most parts of southern Manitoba, including the U.S. portions of the Red River basin and tributaries. It said that precipitation paired with gradual snowmelt in the Manitoba parts of the basins could raise levels above their bank-full capacities at some places in the Red River Valley.

The centre said with the potential operation of the floodway, the level of the Red River in Winnipeg at James Avenue is expected to peak between 17.3 and 18.3 feet between April 11 and 16.

The province noted James Avenue is currently at 15 feet.

It said peak flow of the Red River at the floodway inlet with the forecasted precipitation is estimated between 45,000 and 57,000 cubic feet per second.

The centre also noted standard operating procedures for the Red River Floodway gates call for river ice to be broken up and cleared upstream of the floodway inlet. It said river ice observations indicate the ice will likely clear by the end of the week and could create ‘favourable conditions’ to operate the floodway, if needed.

Meanwhile, water levels among the Assiniboine, Souris and Pembina rivers are relatively low with no significant flooding issues.

The province also said the Portage Diversion could be used to reduce downstream ice-jam impacts.