'A leader in collaborative plans': Looking at the impact of the ARCC program so far in Winnipeg

'A leader in collaborative plans': Looking at the impact of the ARCC program so far in Winnipeg 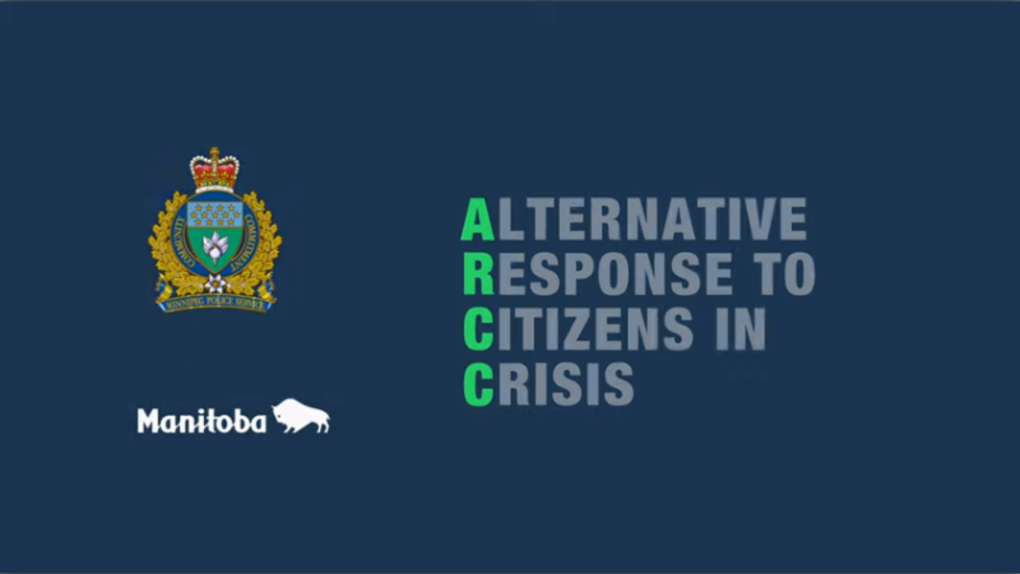 The Winnipeg Police Chief is expected to briefly address a new mental health program within the Winnipeg Police Service on Friday and the positive impacts it has already had, something which is exciting news for those involved.

The Alternative Response to Citizens in Crisis (ARCC) program was launched in December 2021 to offer better support to those who are experiencing a mental health crisis.

The ARCC teams are made up of an officer in plain clothes and a specialized mental health clinician who attend calls to 911 pertaining to mental health.

"Since inception ARCC has made significant progress in providing support to persons in chronic crisis and in need of coordinated community supports. In the past quarter ARCC responded to 82 police events," Chief Danny Smyth said in a report that will be shared at the Winnipeg Police Board Meeting on Friday.

Erika Hunzinger, a manager with the Crisis Response Services and oversees the ARCC program, said she feels the program is going very well.

"AARC has really been a leader in creating collaborative plans. Part of that is developing a response plan for an individual so that general patrol officers can use that for an informed tool when they're responding to a call," said Hunzinger. She noted this step allows AARC to still play a role in helping with mental health calls, even if they aren't on duty.

She said it is extremely encouraging to know the program is being viewed in a positive light.

Not only has it been a good system for police, but she also said it has helped the health-care system by responding to more calls and having an element of safety for the specialized mental health clinician as well.

While there are teams that go to calls with police, Hunzinger said there has also been case management work for those who have frequent 911 calls and visits to health centres.

This is something Smyth also addressed in his report, referencing one individual, who in 2021, was involved in 62 events that needed police.

"ARCC began to proactively case manage this individual during January 2022. Through the collaborative and coordinated efforts of nine different government and community agencies, the behaviour of the individual stabilized, resulting in a 24% reduction in calls for police by the end of Q1," Smyth said in the report.

Hunzinger said in the past, callers to 911 would be asked if they wanted to go to the Crisis Response Centre or whether they could be taken to an emergency department.

"When ARCC goes out they are able to safely provide service for those individuals right in their own homes 87 per cent of the time in the first quarter," she said. "We've just responded to the tip of the iceberg of the work. The work that we have done, we're showing a huge impact on not having to remove an individual from their home environment."

Moving forward, Hunzinger said she would love to see the program move to seven days a week as it only currently operates Monday to Friday, and she would like to see more teams available throughout a given day.

When the one-year anniversary of the program rolls around in December, she said she hopes to show the impact of the work the ARCC team does.

"We are demonstrating that this more collaborative model is effective and that is just what I hope to show in the limited amount of work we are able to do with two teams – that the work that is done is quality and preferred by the individuals."

Before the ARCC program, Smyth said in his report that in 2020, police made 2,102 trips to health-care facilities with people in crisis and spent the equivalent of 147 days waiting with people to be turned over to clinical staff.

Alberta Health Services has issued an enforcement order against a Banff home after an inspection discovered that as many as 42 people were staying inside the property, saying the maximum number of occupants of the facility 'was exceeded.'

Summer of heat waves: A list of some temperature records broken in Canada this year

Canada's summer of heat waves continues this weekend, with warnings issued in four provinces. CTVNews.ca looks at some of the heat records broken already this year in Canada.

How Biden's new approach has led to legacy-defining wins

Over five decades in Washington, Joe Biden knew that the way to influence was to be in the room where it happens. But in the second year of his presidency, some of Biden's most striking, legacy-defining legislative victories came about by staying out of it.

The Montreal Canadiens haven't brought the Stanley Cup home since 1993 -- but a very convincing replica is sitting in a garage in Boisbriand, Que., about 35 km northwest of Montreal.

When schools in one North Carolina county reopen later this month, new security measures will include stocking AR-15 rifles for school resource officers to use in the event of an active shooter.

A two-year-old child from Regina has been found safe, following an alleged abduction and Amber Alert.