WINNIPEG -- Advocates and families are marking one year since the National Inquiry on Missing and Murdered Indigenous Women and Girls.

With no new clues in the case, she focuses on remembering her sister’s creativity, love of reading and acceptance of other people.

“I think of Amanda just about every day,” said Lowther in an interview from The Pas, Man. “She’s always on my mind every day.” 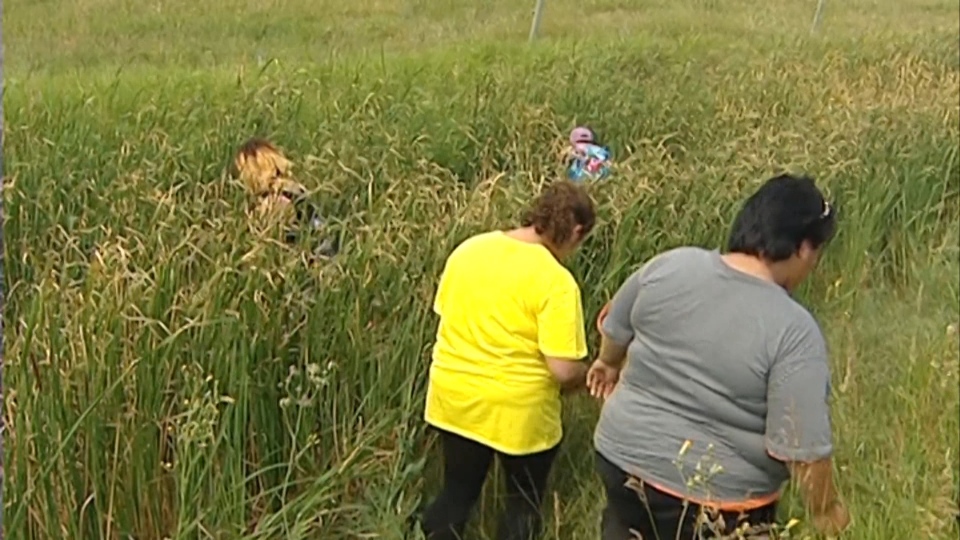 Janet Lowther, along with friends and family search for her sister Amanda Bartlett who disappeared from Winnipeg in 1996. File footage from June 2012.

Lowther shared testimony as part of the inquiry. One year after the release of its final report, some advocates say governments have been too slow to act on its 231 calls for justice.

“Is this report — the finding of genocide – going to be the legacy of the current governments, federally and provincially, or is their legacy going to be that they’ve ended genocide,” said Manitoba MMIWG co-chair Sandra DeLaronde.

Prime Minister Justin Trudeau said Wednesday the federal government has been acting on the calls for justice over the past year and will continue to but he said the response has been delayed by the COVID-19 crisis.

Manitoba Premier Brian Pallister also responded, acknowledging the response isn’t as fast as many would like. Pallister said the issue remains a priority, pointing to work being done through the government’s gender-based violence committee of cabinet as well as initiatives underway to support the national inquiry’s calls for justice.

A committee chose the 18-year-old’s painting, Lost But Not Forgotten, to be shared on billboards, bus boards and social media. 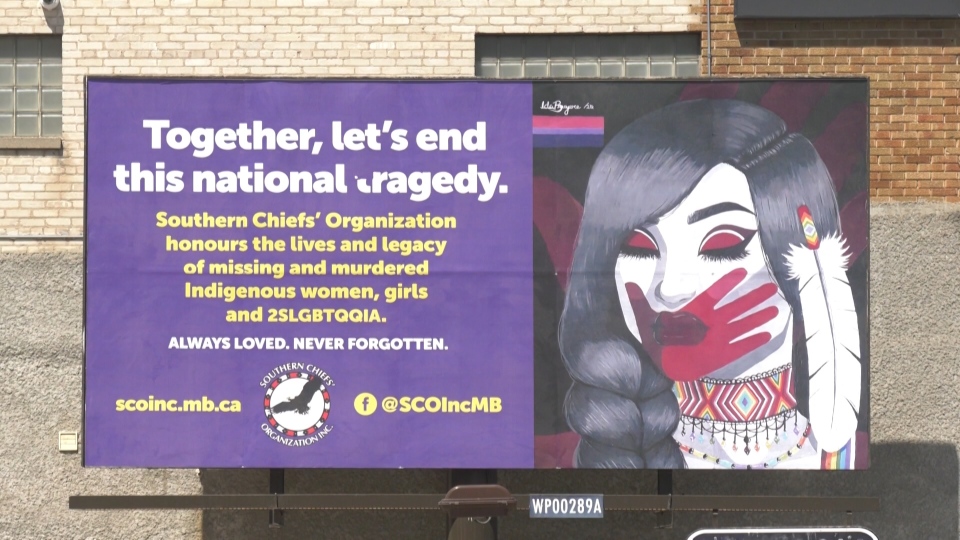 “The black and white represents that she’s missing herself, the feather is to represent a lost one,” said Bruyere, describing her painting. “The red handprint is to represent her being silenced. The rainbow regalia is for the queer community.”

The billboards are part of an awareness campaign by the Southern Chiefs' Organization. Launched a year after the delivery of the final report, it’s aimed at preventing violence.

“None of these people are really ever found,” said Bruyere. “There’s really no hope unless we actually do shed light and actually get the right help to tend to this problem.”

“Hopefully we can start to see change in the way that things are done in the future, both investigations and also just the culture,” said Daniels. “We really need a seismic shift in this region.”

Lowther sees signs of progress in healing gatherings she’s been able to attend but thinks more can be done.

“That’s what I really feel like,” said Lowther. “We need to educate our kids more.”

The federal government has said ending the national tragedy remains a priority but no date has been provided for the release of a national action plan.