Apple reveals iPad Mini, two-thirds the size of full-size model, for $329 and up 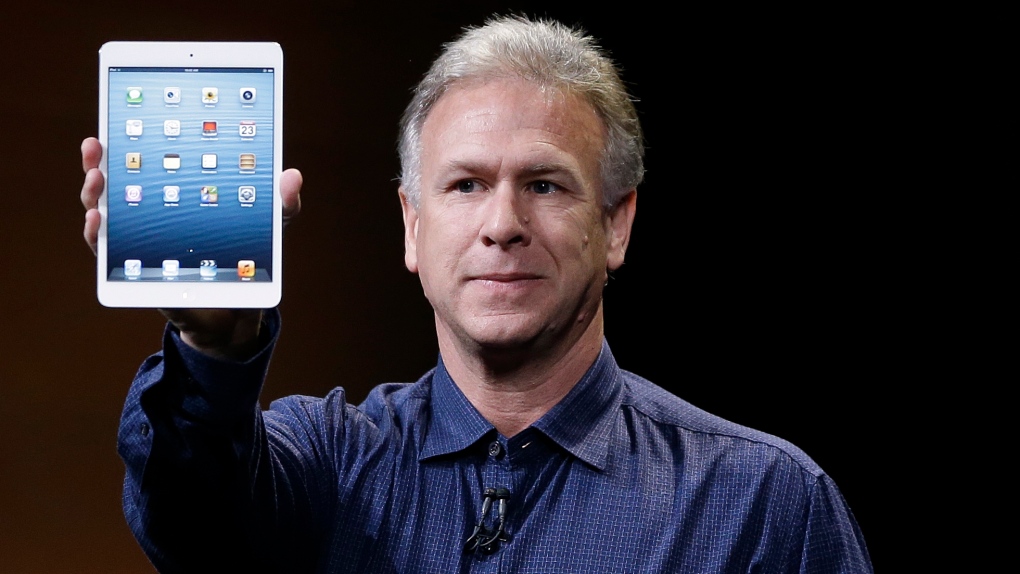 SAN JOSE, Calif. -- Apple Inc. is refusing to compete on price with its rivals in the tablet market -- it's pricing its new, smaller iPad well above the competition.

On Tuesday, the company revealed the iPad Mini, with a screen that's about two-thirds the size of the full-size model, and said it will cost $329 and up.

The price fits into the Apple product lineup between the iPad 2 at $399 and the latest version of the iPod touch at $299. But company watchers had been expecting Apple to price the iPad Mini at $250 to $300 to counter the threat of less expensive tablets like Amazon.com Inc.'s Kindle Fire, which starts at $159. Barnes & Noble Inc.'s Nook HD and Google Inc.'s Nexus 7 both start at $199.

When pre-orders start on Oct. 26, the iPad Mini will be competing for the attention of gadget shoppers with the release of Windows 8, Microsoft's new operating system.

The screen of the iPad Mini is 7.9 inches (20 centimetres) on the diagonal, making it larger than the 7-inch (17.7-centimetre) screens of the competitors. It also sports two cameras, on the front and on the back, which the competitors don't.

The screen resolution is 1024 by 768 pixels, the same as the iPad 2 and a quarter of the resolution of the flagship iPad, which starts at $499.

"It's not just a shrunken-down iPad, it's an entirely new design," Schiller said.

Apple's late founder, Steve Jobs, attacked the whole idea of smaller tablets in his last appearance on a conference call with analysts, in October 2010.

Apple senior vice-president Eddy Cue had a different opinion at the time. He had come to the conclusion that a 7-inch tablet would work well, and tried to convince Jobs that it was a product the company should pursue. In an internal email sent in January 2011, he said Jobs was starting to come around. The email surfaced as part of Apple's patent trial against Samsung Electronics Co. this year. Jobs died last October.

Company watchers have been expecting the iPad Mini for a year, and most of the details, except the price, had leaked out. More surprisingly, Apple also said it's upgrading its full-size iPad tablet just six months after launching a new model, doubling the speed of the processor. Previously, the company has updated the iPad once a year.

The fourth-generation iPad will have a better camera and work on more "LTE" wireless data networks around the world. Apple is also replacing the 30-pin dock connector with the new, smaller "Lightning" connector introduced with the iPhone 5 a month ago.

The price of the new full-size model stays the same as the previous version, starting at $499 for a Wi-Fi-only version with 16 gigabytes of memory.

Apple has sold more than 100 million iPads since April 2010. Analysts expect Apple to sell 5 million to 10 million iPad minis before the year is out.

The new model follows a 15-inch(38-centimieter) MacBook Pro with a Retina display introduced this summer, and goes on sale Tuesday for $1,699.

The new model dispenses with an optical disc drive and a traditional hard drive. Instead, it uses solid-state "flash" memory. This makes it 20 per cent thinner and at 3.75 pounds (1.7 kilograms), nearly a pound (450 grams) lighter than the previous model.

Apple also eliminated the optical drive from its new iMac desktop computer, helping slim the edges down to 5 millimeters, one-fifth the thickness of the old model. That makes the edges thinner than most stand-alone computer monitors. It bulges in middle of the back, however.