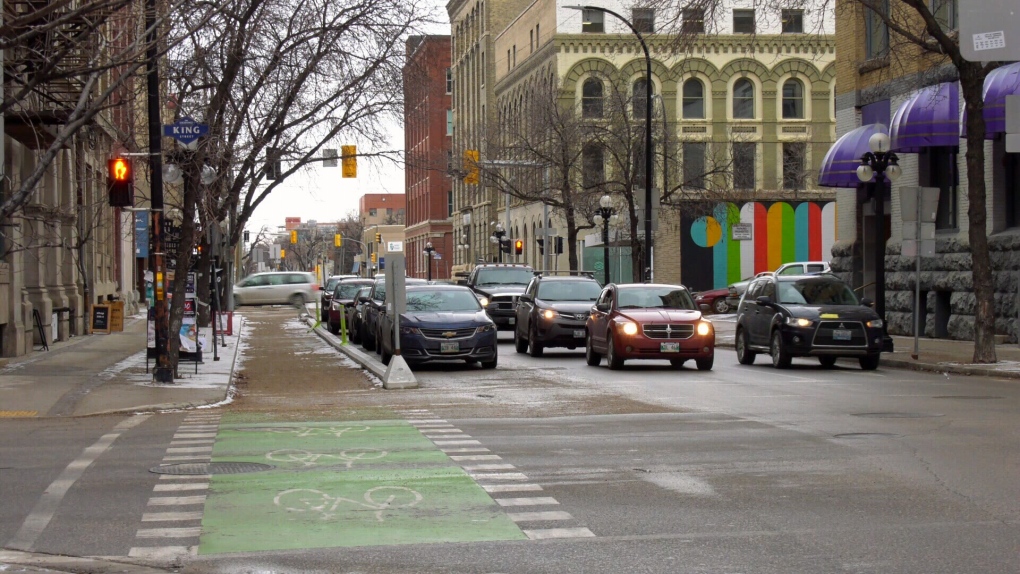 Exchange District businesses have said an increase to parking rates, a reduction in parking spaces and loading zones, and the addition of bike lanes, has hurt their bottom lines. (File image. Source: Lizzy Symons/CTV News.)

WINNIPEG -- An art gallery that’s been in the Exchange District since 2003 is opening a second location in Tuxedo Park, citing “customer discontent” related to changes to on-street parking in the area.

In a news release, Bill Mayberry, the co-owner of Mayberry Fine Art, said the business hopes a second location will help it gain new customers and better serve the ones who are “disinclined” to visit its gallery on McDermot Avenue.

The gallery was among dozens of businesses in the area that penned a letter to the city in the fall, pleading for help to attract people put off by changes to the neighbourhood, including an increase to parking rates, a reduction in parking spaces and loading zones, and the addition of bike lanes.

Mayberry Fine Art said it is opening the second location as a pre-emptive move while it waits for the city to resolve the issues.

The city councillor for the Exchange District, Vivian Santos, recently put forward a motion calling on the city to reduce parking rates in the Exchange by 50 cents per hour.

Her motion was later amended to be a city-wide reduction of $1.50 per hour, and was referred to the city budget process for consideration.

In response to a request for comment, a spokesperson for the city referred CTV News to the councillor's amended motion.

The news release said the move is being made because Bill Mayberry believes clients who are unhappy with “restrictive, scarce and comparably expensive street parking” will appreciate the convenience of the new location.

It will be smaller, 1,200 square feet as opposed to the 6,000 square feet the business occupies in the Exchange, and will open in March or February, after renovations are done. An official opening will be held in April and the gallery will operate with the same hours as the one in the Exchange, 9:30 a.m. to 5:30 p.m. Tuesday to Thursday, 9:30 a.m. to 5 p.m. on Friday and Saturday.