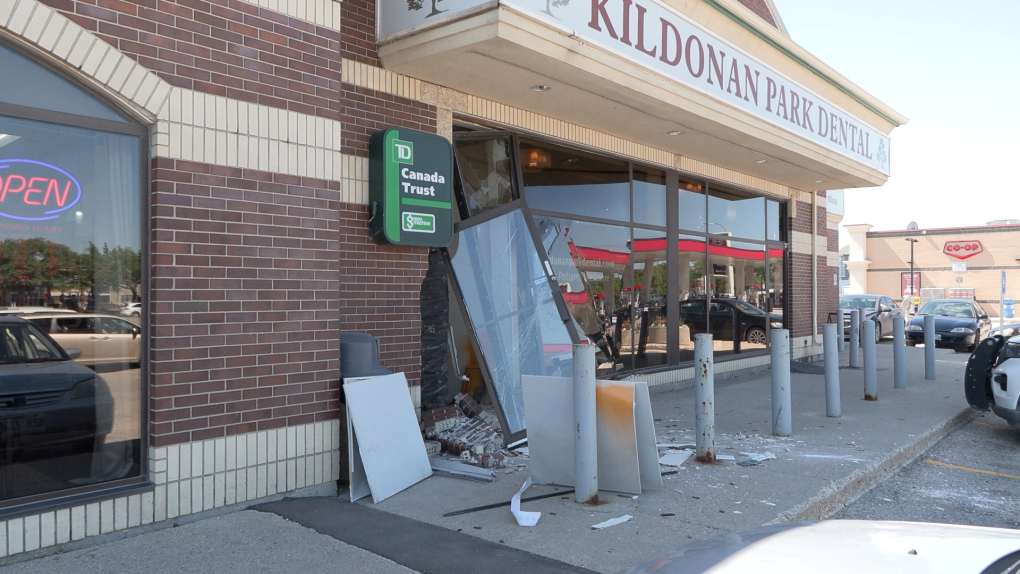 The aftermath of an ATM being stolen from a bank in the 2500 block of Main Street Thursday morning. (Source: Glenn Pismenny/CTV News)

Winnipeg police are investigating after an ATM was stolen from a business.

Police said officers were called early Thursday morning to a bank in the 2500 block of Main Street.

Investigators said an ATM was removed  and police found it nearby and it was abandoned.

Pictures from the scene show a door ripped off its hinges and debris on the ground in front of the business.

The major crimes unit continues to investigate and police say no arrests have been made.