Bombers' fans out in full force ahead of West Final

Bombers' fans out in full force ahead of West Final

It might be a tad chilly outside, but that didn’t stop Bombers' fans from embracing the playoff football atmosphere before the CFL West Final at IG Field.

CTV News Winnipeg went down to the stadium to catch up with fans tailgating before the big game.

The blue and gold faithful were out in full force preparing for what they hope is a third straight Grey Cup experience for the Blue Bombers. 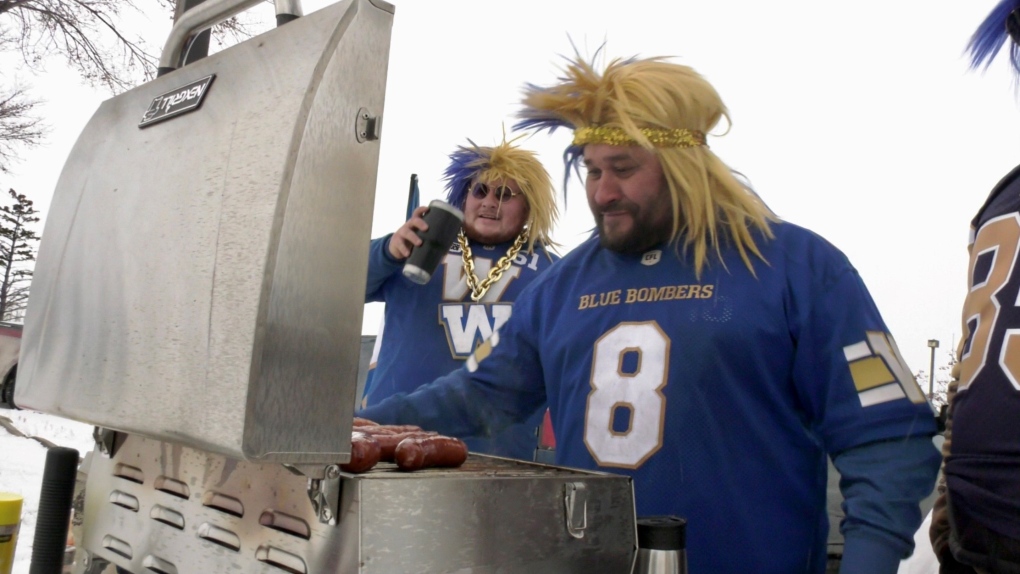 Fans cooking up some smokies before the start of the CFL West Final at IG Field. Nov. 13, 2022. (Source: Mason DePatie/CTV News)

Some fans brought out the barbeques to offer a bite to eat, while others set up fire pits to help keep people warm during the tailgate party. 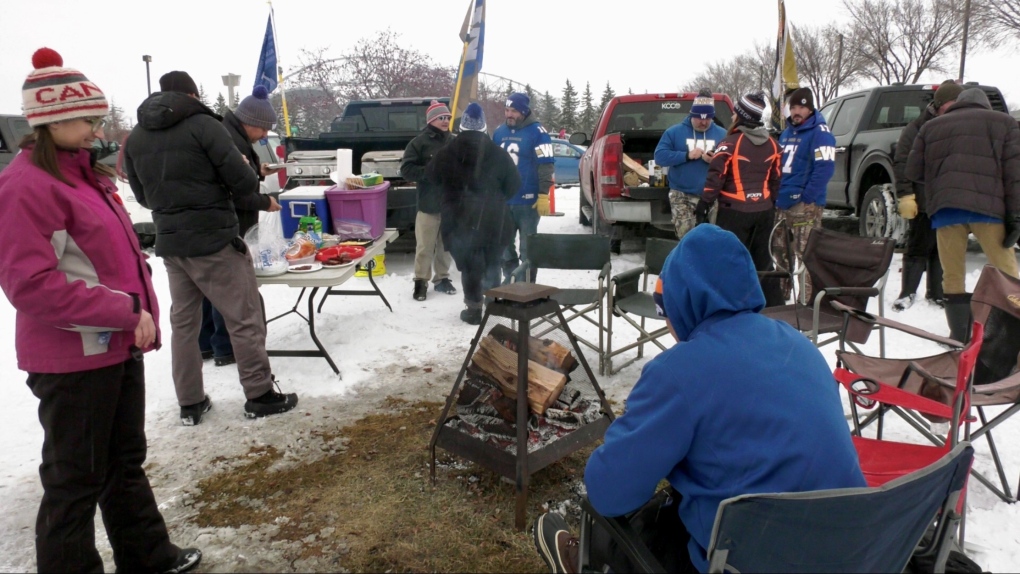 Bombers' fans enjoying tailgating and sitting around the fire to stay warm ahead of the CFL West Final at IG Field. Nov. 13, 2022. (Source: Mason DePatie/CTV News)

He said tailgating is always fun because he gets to spend time with his friends and family. He is predicting a nine point win for the Bombers, adding all the success they are having now is payback for the droughts the team has previously dealt with.

Joe Fauosse was out tailgating at noon, with food on the barbeque and enjoying time with friends.

He said he isn't concerned about the cold one bit.

"This is the perfect weather. This is football weather. It's beautiful out here," said Fauosse. 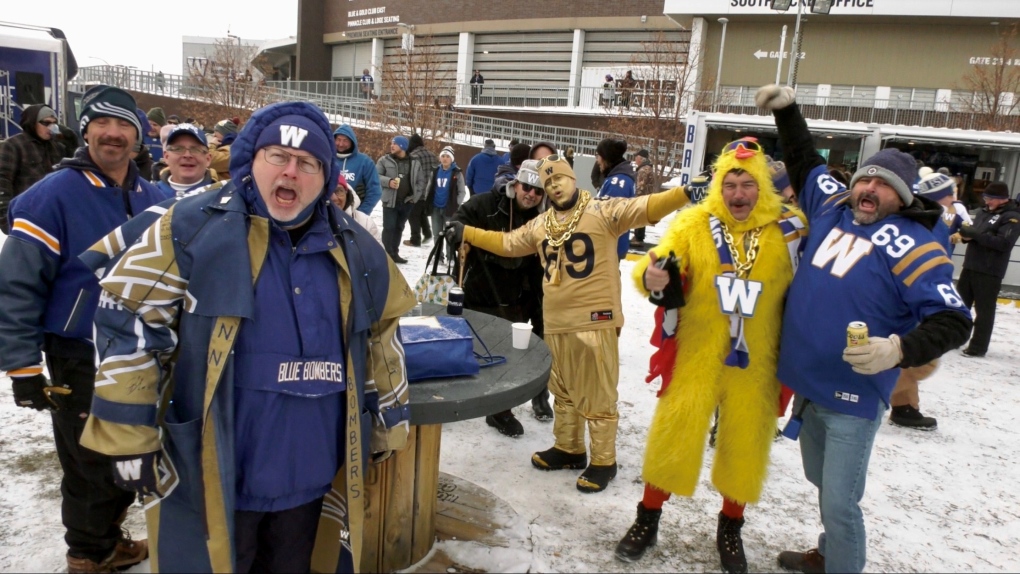 Blue Bombers' fans are ready to cheer on their team during the CFL West Final at IG Field. Nov. 13, 2022. (Source: Mason DePatie/CTV News) 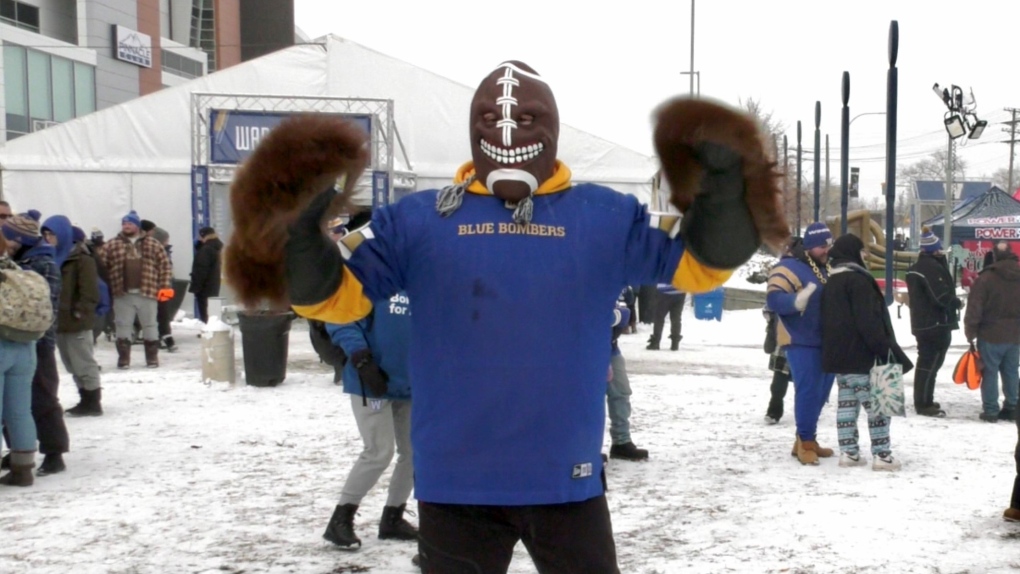 Many are dressed to stay warm, but some took the opportunity to show off some outrageous costumes, like a Bomber cheering chicken or an actual football.

Chants of "B.C. sucks" were also heard throughout the parking lot in the lead up to the game.

The West Final is currently underway.