Broadway building evacuated due to fire

Broadway building evacuated due to fire 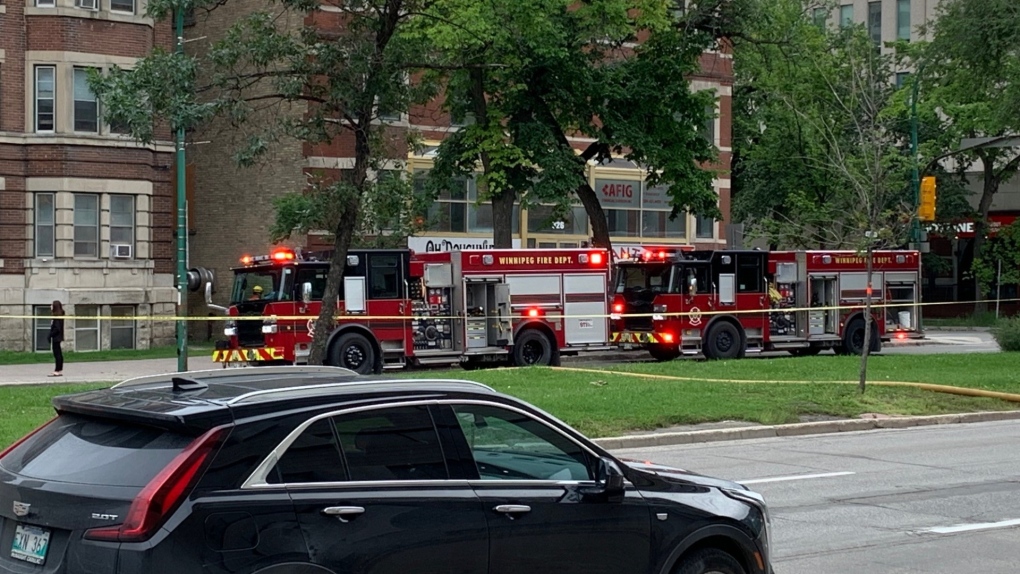 Residents in a large Broadway apartment complex had their evenings interrupted after a fire lead to the evacuation of the five-story building Saturday.

Winnipeg Fire Paramedic Service (WFPS) got the call at 6:03 p.m. to a building in the 300 block of Broadway.

Firefighters arrived to find smoke in the building. Once they tracked down the fire, they quickly extinguished the flames. The fire was declared under control at 6:32 p.m.

Most people in the building self-evacuated safely, and crews were able to help anyone who couldn't. A Winnipeg Transit bus was brought in to provide shelter for evacuees. No one was injured.

Most residents were able to return to their suites, however WFPS says two apartments were too damaged by fire and water. Emergency Social Services was called in to help those displaced by the fire.

The cause of the fire is being investigated, the cost of the damage is not yet known.

A former policeman burst into a day care centre in northeastern Thailand on Thursday, killing dozens of children and teachers and then firing on more people as he fled in the deadliest rampage in the nation's history.

Hedley frontman Jacob Hoggard could be sentenced today to up to 10 years in jail in the sexual assault of an Ottawa woman.

Prince Harry, Meghan must 'reduce the rancour' to maintain relationships with the Royal Family: expert

Nearly all Conservative members of Parliament voted for a bill they say would protect the conscience rights of health professionals when it comes to medical assistance in dying.

This DIY air purifier costs far less than a HEPA purifier, and studies say it works

This fall, teachers and parents have been sharing photos on social media of do-it-yourself air purifiers that they’ve made for classrooms to help protect kids from COVID-19 — and according to researchers, these low-cost purifiers actually work.

Hockey Quebec says it has lost confidence in Hockey Canada and will not transfer funds to the national organization, while Tim Hortons and Scotiabank have extended sponsorship boycotts.

OPINION | Economists are forecasting a recession in Canada, so how should you prepare?

Red-hot inflation has been the story of 2022, and the Bank of Canada is stuck between trying to control inflation by raising interest rates, which then runs the high risk of an economic downturn. Contributor Christopher Liew explains how you can prepare to recession-proof your life.