Campaign ramping up to save Tyndall elevator

A campaign is ramping up in eastern Manitoba to save a grain elevator built in the 1940s.

Matt Bialek's father owns the Tyndall elevator which the family purchased from Manitoba Pool in 1971.

It's still fully operational but is no longer used for grain storage and is slated for demolition in about a year unless it can be turned into a museum.

"With the pending demolition my ears kind of went up," said Bialek. "This is one of the last wooden elevators in original operating condition."

"I wanted to preserve it in any way, shape or form." 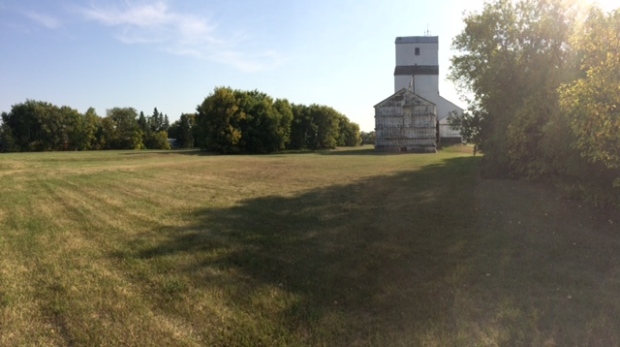 Bialek is now spearheading a campaign to save the elevator and convert it into a museum.

There are a couple options for the structure: either keep it in Tyndall or move the elevator to the Pioneer Village Museum in nearby Beausejour.

Bialek said if it stays in Tyndall the elevator and the land it sits on would be donated to the local municipality, the R.M. of Brokenhead, along with a cash contribution of $30,000.

R.M. of Brokenhead reeve Brad Saluk likes the idea but worries about the long term costs of maintaining the structure.

Saluk said he wouldn't support taxpayer dollars subsidizing the project and would rather see the elevator moved to the Pioneer Village Museum in nearby Beausejour.

With a move costing $300,000, that would be a much pricier option and the town of Beausejour isn't on board with the project.

Pioneer Village Museum chairman Trevor Proutt said the board has already started seeking private donations to help pay for the move but ultimately the museum needs town and RM support before moving ahead with the project.

That leaves Bialek worried that demolition could be looming and that the Tyndall elevator will suffer the same fate as so many others that have been torn down in recent years.

"The most memorable comment I had was from a family in Tyndall," said Bialek. "They were saying 'you cannot get rid of this elevator, you can't demolish it, you can't move it. It's my elevator and when I see it in the skyline I know that I'm home.'"