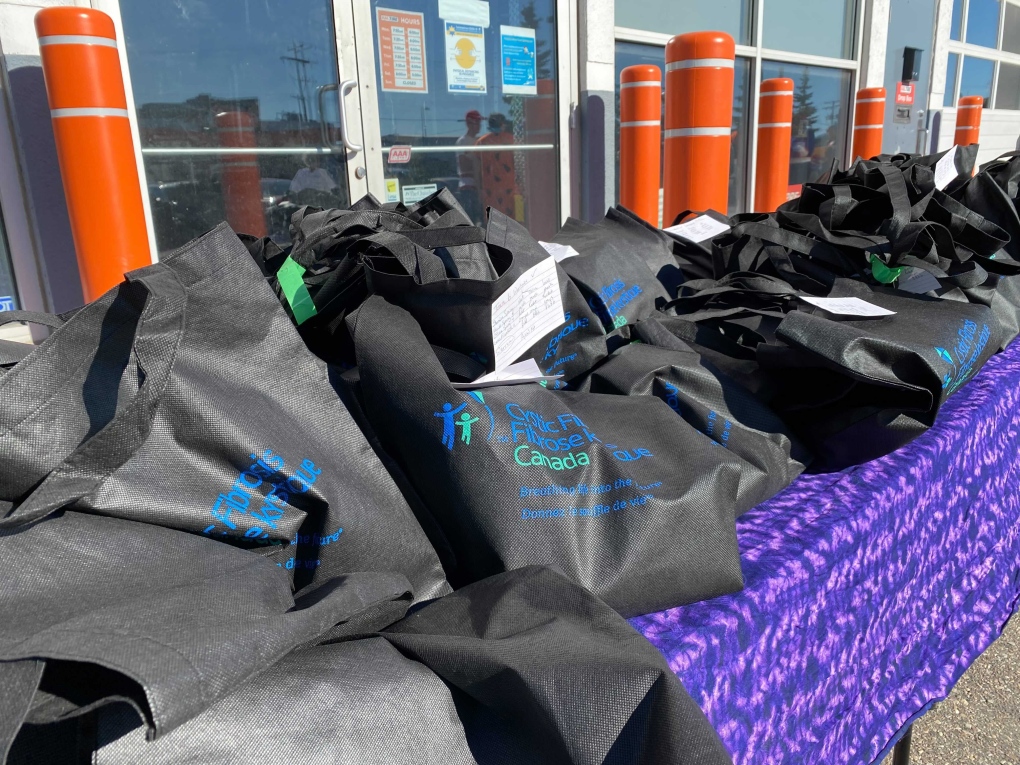 Groups of costume-wearing scavenger hunters hit Winnipeg streets Sunday to raise money for cystic fibrosis, a genetic disease that has no cure.

The event called Quest for CF was a first for Winnipeg after pandemic restrictions last year put the breaks on the fundraiser.

“It’s nice to get out and do something together as a family. It’s fun for the kids, it’s fun for us. It’s just a great event,” said Roberto Carriero, who was there with his wife and two children.

To keep things safe, organizers staggered the participants at the various stops, but those stops were unknown to the scavengers until they completed activities at prior locations before receiving their next clue.

To keep people nourished and happy, treats were doled out to the participants at each location.

“Gum, Twizzlers, chocolate, lollipops,” said Nolan Carriero, who was decked out in a Mario Brothers costume. “I like all of it.”

While the mood was light, the importance of the fundraiser was not lost on the participants.

Marilyn Snarr, the chair for the Quest for CF event, said all money raised will be going towards Cystic Fibrosis Canada for research, clinical care and advocacy.

For her, the fundraiser is personal because her son lives with the disease.

“He has to do a lot of work just to remain healthy. Looking at him, you may not even know he has cystic fibrosis but inside there’s a lot going on inside his body, mainly his lungs are affected,” said Snarr.

Daily treatments can take over an hour, and if left unchecked, could result in infections or more serious complications down the road.

In June, Health Canada approved the drug Trikafta for some cystic fibrosis patients. Some research has shown the drug can slow the progression of the disease.

“We are petitioning the government to get Trikafta immediately because cystic fibrosis patients can’t wait any longer. All it takes is for one simple common cold to get them hospitalized, so some people are just one infection away from a lung transplant,” said Snarr.

Snarr said Manitoba is the only province not to have a cystic fibrosis drug plan.