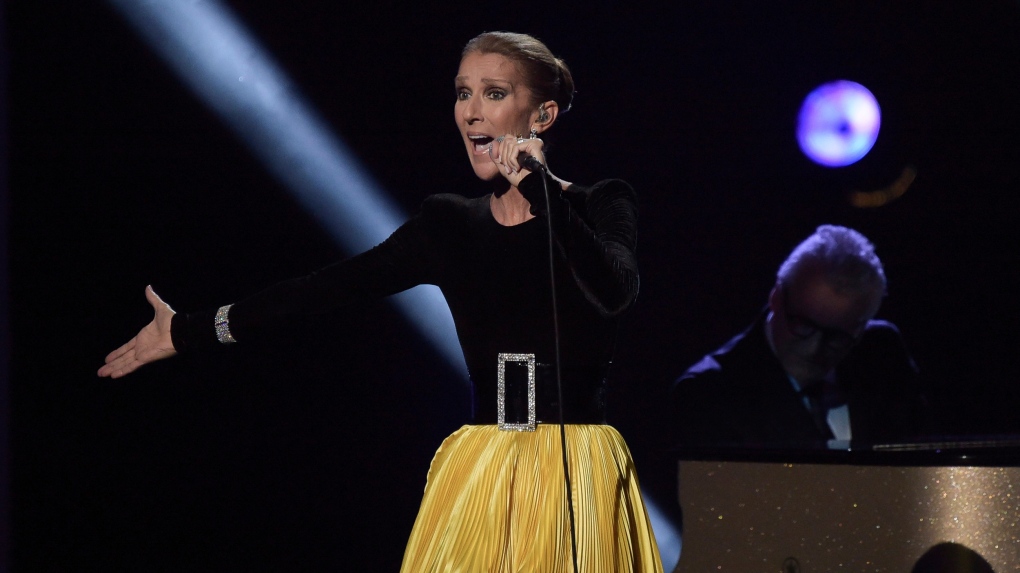 Celine Dion performs at the "Aretha! A Grammy Celebration For The Queen Of Soul" event at the Shrine Auditorium on Sunday, January 13, 2019, in Los Angeles. (THE CANADIAN PRESS/AP-Photo by Richard Shotwell/Invision/AP)

WINNIPEG -- Celine Dion has postponed 14 concerts, including the one in Winnipeg, amid the spread of COVID-19.

Dion was set to perform at Bell MTS Place on April 27 as part of her Courage World Tour.

According to a statement posted to her Twitter, all of her North American shows between March 24 and April 27 have been postponed and rescheduled dates will be announced shortly.

Anyone who bought tickets to this performance will receive more information and should keep their original tickets.

On Thursday, the province confirmed three presumptive cases of COVID-19 in Manitoba.