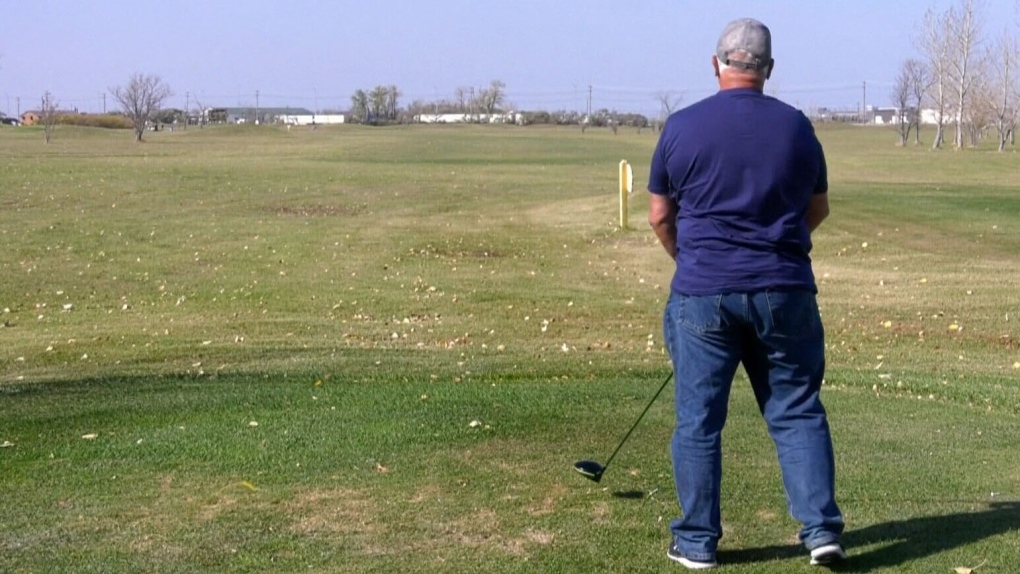 A Winnipeg city councillor is hoping to stop the sale of a Headingley golf course and transform the property into a year-round green space for residents.

The property in question is the John Blumberg golf course, which was declared surplus by the city in 2013.

Last year, city council signed off on a request for proposals to sell the property or enter into a joint venture agreement.

“We have to first stop the sale, and then we can start working on other uses for the land,” said Kevin Klein, councillor for Charleswood-Tuxedo-Westwood.

Klein envisions using the space in the summer as a golf course then transitioning to activities like cross-country skiing and skating rinks in the winter.

Klein is putting forward a motion to remove it from the surplus list, a decision he said wasn’t taken lightly.

The motion stems from conversations he had with city residents, both in his ward and across the city, and another motion that was passed unanimously by council.

“If we voted to approve a 1000 acres of new park green space over the next 20 years, or 25, it doesn’t make sense to start selling off our parks and green space,” said Klein.

“One objection that I have is the fact that money from the sale is going to the City of Winnipeg and not any of it is directed towards residents, especially in the Westwood area, to help create more park space or to help beautify some of the park space they have today," said Klein.

Another concern for Klein is the lack of collaboration with the municipality where the property resides.

The golf course is in Headingley but the property is owned by the City of Winnipeg.

“I believe they (the RM of Headingley) had plans to keep it as green space, keep it as a park, but we basically ignored them and said you are just going to have to put an offer in to buy it so I’m concerned about that,” said Klein.

Earlier this month the RM of Headingley told CTV News it was disappointed after submitting a proposal which it says was rejected.

A petition has also been going around to stop the sale and keep the golf course.

Klein said he’s hopeful the motion will be approved by council.

It will be brought forward at Wednesday's Assiniboia Community Committee.

With files from CTV’s Jeff Keele and Stephanie Tsicos