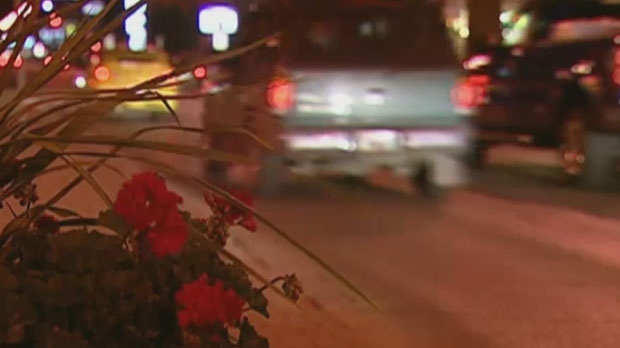 WINNIPEG -- The City of Winnipeg is looking at options to crack down on noise spikes from specialty car owners "showing off" during Sunday cruise nights.

A report commissioned by the city is suggesting automated 24-hour "noise cameras" as a potential tool to combat the high decibels caused, in part, by cruise night. The cameras, which operate similar to a red-light camera, would take a picture of a license plate when the volume reaches a certain point.

"Modifications are common, and can be outfitted to powerful or less-powerful vehicles; they are a way for an owner to 'show off' and draw attention to their vehicle," the report reads, adding the noise spikes may come from spinning tires, rapid engine acceleration, and revving.

The report said noise cameras have been used in other cities including London, Paris, and Edmonton.

One Winnipegger who has been driving in cruise nights for nearly 25 years told CTV News he isn't so sure if more enforcement is the way to go.

Roeder said for the most part, the atmospheres at cruise nights are a fun time for people to look at cool cars.

"You're just enjoying a Sunday night drive," Roeder said, adding sometimes people let things get out of hand and get loud, and said in those cases it would be a good thing to catch those people.

"(These cars) are like works of art and people like to see the different cars and enjoy driving them around to show them off. And it would be sad to diminish that in any way."

The report measured noise spikes in August between Erin Street and Portage Avenue for about a week. It found that nearly 80 per cent of the readings were at 75 decibels or below. The Canadian Hard of Hearing Association said sounds above 85 decibels may pose a risk of gradual noise-induced hearing loss.

It found that noise spikes (noises over 85 decibels) were most common on Saturday and Sunday, which it attributed to "cruising" by vehicles.

The report said using noise cameras would likely require legislative authority and police would have to develop new standards and bylaws for measuring noise.

The report did not show how much noise cameras would cost.

The report is being submitted to the Standing Policy Committee on Infrastructure and Renewal and Public Works on Jan. 8.