City of Winnipeg, Goldeyes unable to come to lease agreement for Shaw Park 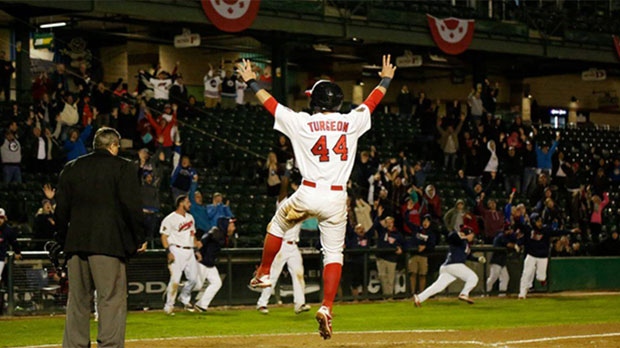 WINNIPEG -- It appears the City of Winnipeg and the Winnipeg Goldeyes were unable to come to a new lease agreement for the Shaw Park site.

The current 25-year deal, which expires in 2023, sees the Goldeyes lease the land from the city for a dollar, with tax breaks included.

In a new report the city says the two sides have been unable to reach an agreement.

The city wants to end the property and entertainment tax subsides it says is worth $342,000 a year. The city says a $150,000 per year rental fee was on the table, and it wants to take over two parking lots that generate $375,000 a year for the Goldeyes.

The report says the Goldeyes did not agree with those provisions.

In March, team owner Sam Katz told CTV News compared to other baseball parks in Canada and the United States the Goldeyes pay more when it comes to utilities, maintenance and taxes.

The report says over the current lease the city is out $7.47 million in taxes, and credits $5.2 million in parking revenue.