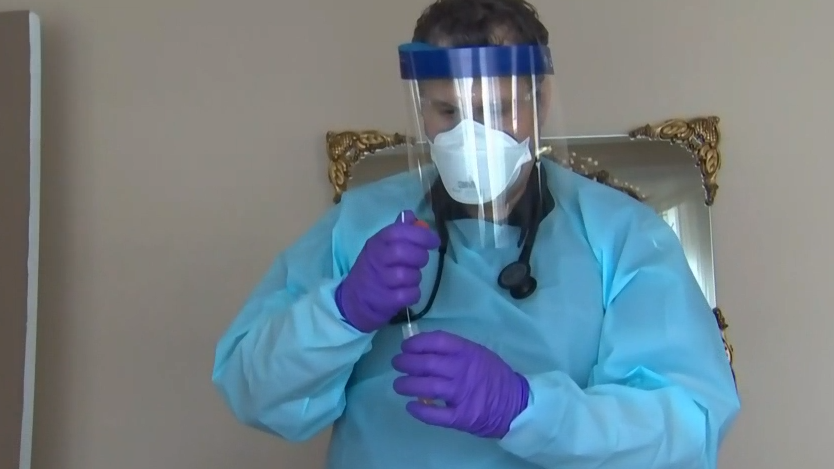 A file photo of COVID-19 testing at a senior facility in Ontario.

WINNIPEG -- A resident at an assisted living facility next door to Donwood Manor personal care home in Winnipeg has tested positive for COVID-19, prompting the care home to go into outbreak protocols.

Announced Sunday, the province said a previously identified case in the Winnipeg Regional Health Authority is linked to the assisted living facility.

According to the province, the risk of spread is considered low.

There are currently nine senior facilities with outbreak protocols in Manitoba.

This article orignally said it was a worker that tested positive.