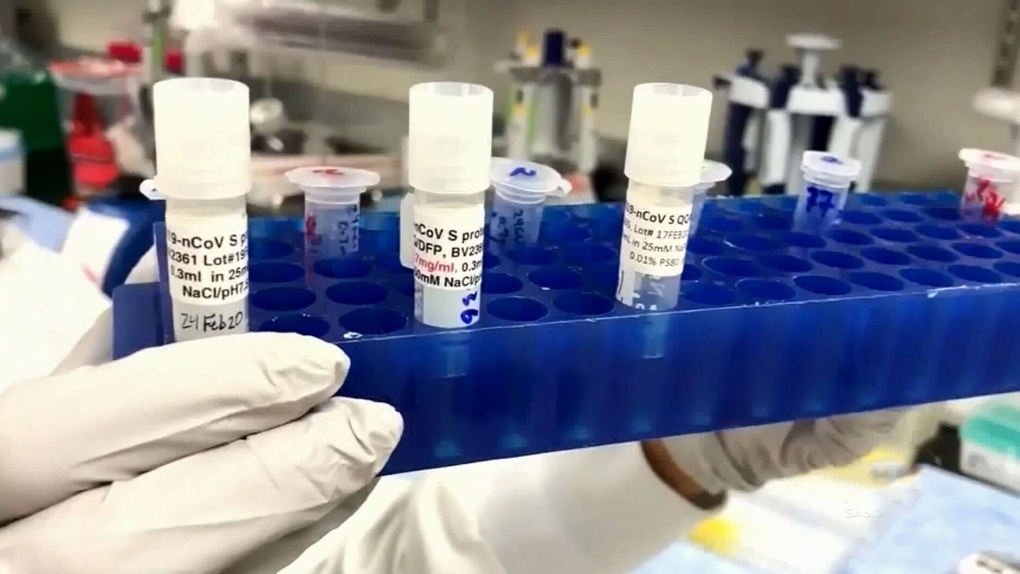 WINNIPEG -- The Manitoba government said one new case of COVID-19 in the province has been linked to a cluster of cases at a Brandon trucking terminal.

The province announced the new, probable case of COVID-19 Tuesday afternoon, bringing the total connected to the cluster of cases at Paul’s Hauling in Brandon to 11.

The Manitoba government is now holding news conferences on COVID-19 on Monday, Wednesday and Friday, but will send an update out each day on case numbers.

Four people remain hospitalized, with one person in the intensive care unit.

The total number of deaths related to COVID-19 remains at seven.

As of Monday, Cadham Provincial Laboratory has conducted 31,440 tests for COVID-19 since February. A total of 418 tests were conducted Monday.