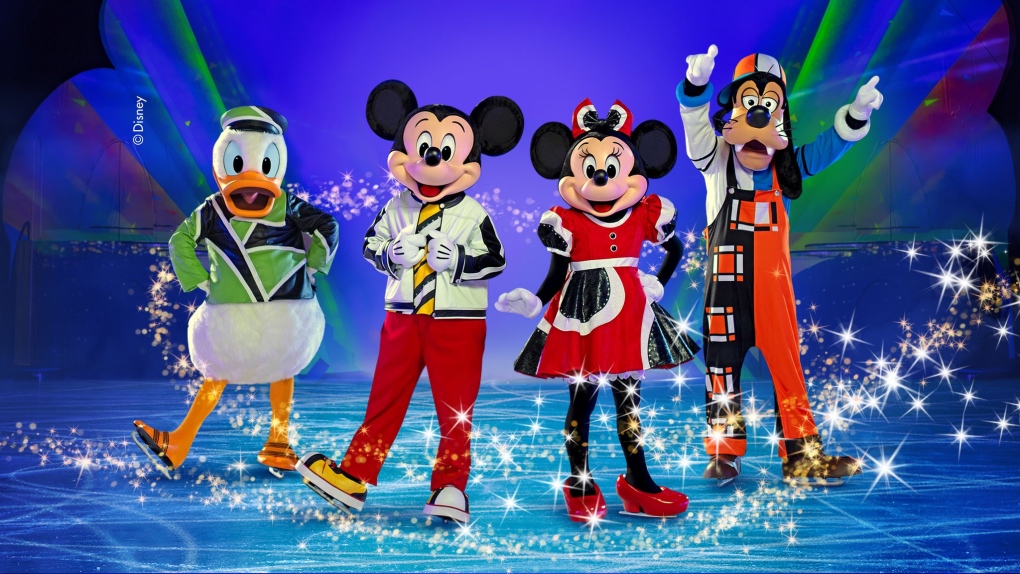 WINNIPEG -- Disney on Ice has joined the growing list of events cancelled in Winnipeg.

Mickey's Search Party was set to open at the Bell MTS Place in Winnipeg on March 13-15.

On Thursday morning it was announced the event was cancelled, in "accordance with the local health authority’s recommendations on travel and group gatherings amid COVID-19 concerns," a spokesperson for the event said in a written statement.

"Working closely with the promoter, we determined that is in the best interest of our community and our employees to cancel Disney on Ice, Mickey's Search Party," said Kevin Donelly, the senior vice president of venues and entertainment for True North Sports and Entertainment.

Refunds for people who bought tickets through Ticketmaster will automatically be refunded to the credit card used.

All others will be available for refunds at the point of purchase.

Donnelly added the tour had previously stopped in Salt Lake City on March 5-8 at the Vivint Smart Home Arena, the same venue as the NBA's Utah Jazz.

On Wednesday night, the NBA suspended its season until further notice after a Utah Jazz player tested positive for COVID-19.

Thursday evening it was announced two more events in the city are being postponed.

The Glorious Sons were scheduled to perform at Bell MTS Place on March 21, 2020.

The show is set to be rescheduled and a new date will be confirmed in the coming weeks. Tickets that have already been bought for the show will be honoured and refunds will also be available at point of purchase.

A Bowie Celebration, which was set to go at the Burton Cummings Theatre at March 17, 2020 has also been postponed.

The show was going to have Bowie Alumni play Diamond Dogs and Ziggy Stardust, two albums that David Bowie made.

A new date for the show will be determined as soon as possible and existing tickets will be honoured and refunds will be available at point of purchase.

Donelly said True North is expecting other shows may be postponed or cancelled outright.

"We will continue to work very closely with our health agencies, and continue with our enhanced initiatives to keep our venues sanitized and safe for patrons, employees and for those who work inside Bell MTS Place."