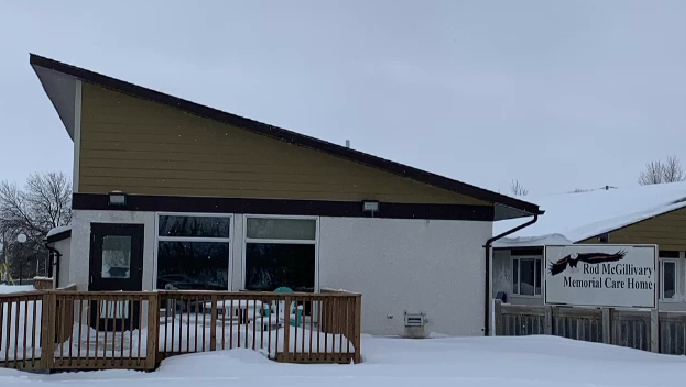 Every resident at Rod McGillivary Memorial Care Home has tested positive for COVID-19.

WINNIPEG -- A northern Manitoba First Nation is considering asking the federal government to send in the military to contain an outbreak, which has infected every resident at a personal care home.

"On Friday it really got out of control," Opaskwayak Cree Nation Chief Christian Sinclair told CTV news Sunday, describing the situation as an "outbreak within an outbreak."

All 28 residents at the Rod McGillivary Memorial Care Home have tested positive for COVID-19. Eighteen staff members have also contracted the virus.

As of Sunday, there were 76 active cases and one death in the community, which is located roughly 600 kilometres northwest of Winnipeg. It has an on-reserve population of 3,800.

A First Nations-run rapid response team is on the ground responding to the rising caseload, but what Opaskwayak desperately needs is more healthcare workers, according to Sinclair.

The closest hospital to Opaskwayak is in The Pas. There are just two special care unit beds at the facility, according to the Northern Health Region.

The First Nations community has asked the federal government for more resources to cover staff who are sick or self-isolating.

"If that means the request goes to the Department of National Defence, then so be it," said Sinclair.

Sinclair said the outbreak on Opaskwayak has highlighted problems with health care inequities that existed before the pandemic.

"What this has really exposed on a national level is the lack of health services available to First Nations and resources available," said Sinclair.

According to the First Nations Health and Social Secretariat of Manitoba, COVID-19 has made its way onto roughly half of all First Nations in Manitoba.

"What we've seen is the number of communities experiencing infections go up almost on a daily basis," said Dr. Marcia Anderson, who is part of the Manitoba First Nations COVID-19 Pandemic Response Coordination Team, on Friday. "The acceleration of the transmission has been dramatic in relation to how it's affecting people on and off-reserve."

According to the First Nations Health and Social Secretariat of Manitoba, nearly 40 per cent of ICU patients in the province are First Nation.