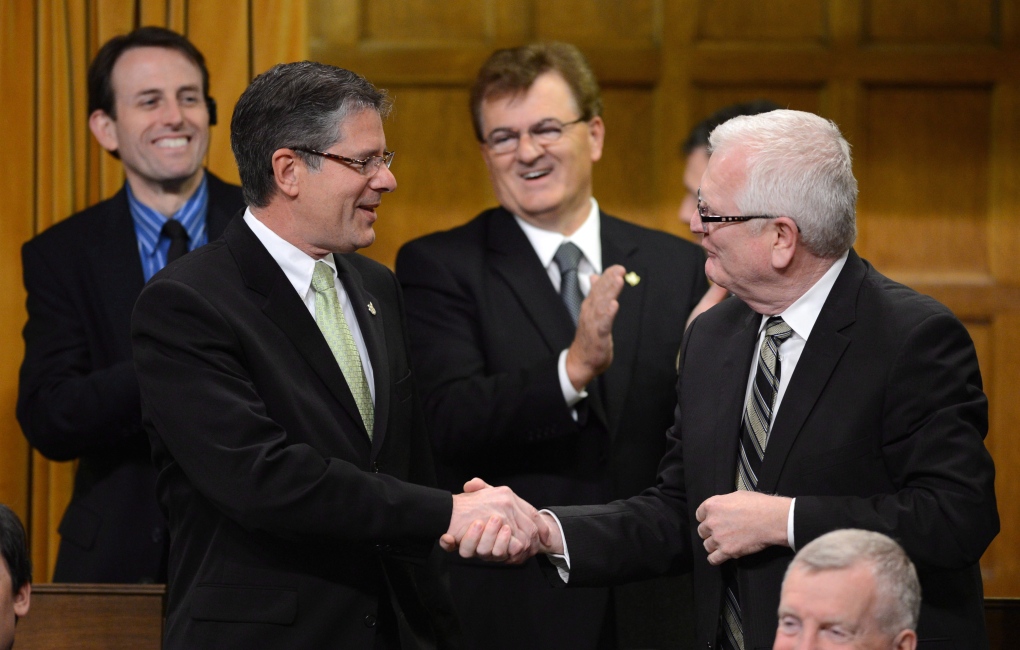 WINNIPEG - An ethics watchdog is raising questions about rules that allowed a Manitoba Tory to be appointed president of a railway company on the same day he resigned as an MP.

Merv Tweed was appointed Monday as president of Omnitrax Canada Inc., just hours after announcing his resignation from the Commons.

Tyler Sommers of Democracy Watch says under federal rules Tweed could immediately lobby his former government colleagues on behalf of his new employers.

Sommers says that wouldn't be possible if Ottawa had implemented recommendations from the House Ethics Committee made in May 2012.

He says the committee recommended prohibiting former politicians from lobbying government right after they resign.

Omnitrax says it hopes to start shipping western crude on its Manitoba rail line through its port facilities in Churchill on Hudson Bay as early as this fall.