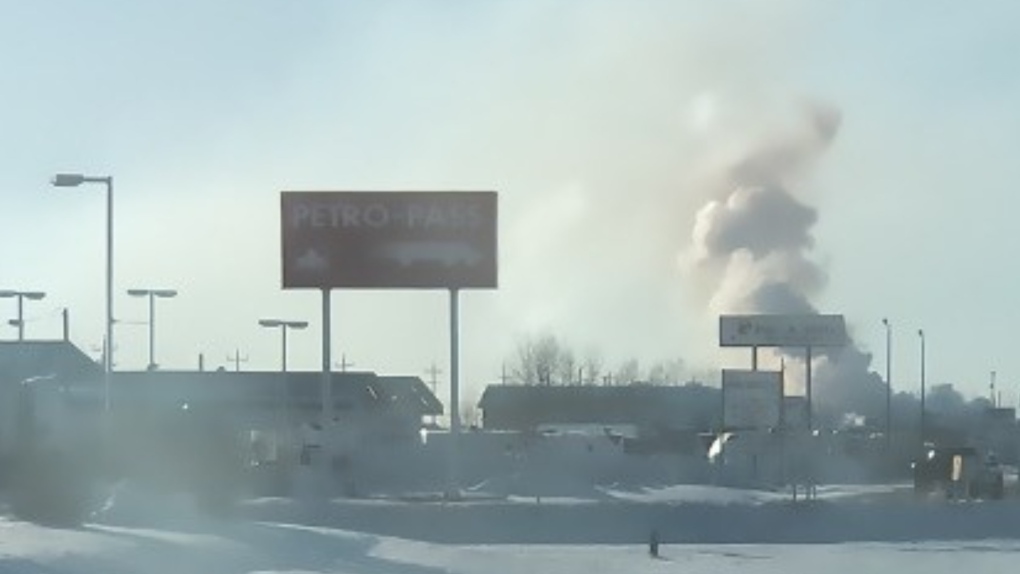 WINNIPEG -- Emergency crews continue to battle a blaze that broke out at a truck dealership in Brandon.

Brandon Police told CTV News a fire was reported at the Kenworth truck dealership on Highland Avenue shortly after 1:40 p.m. on Monday.

On Monday evening, police said the fire was still active and emergency crews were still on scene.

Staff Sgt. Kevin Loewen of the Brandon Police Service said he has heard comments from people who said they heard what sounded like explosions in the area.

"It could be any number of things," said Loewen."It’s a garage, so there will be all sorts of things inside that, given enough heat that could ignite and or explode."

He said police are not aware what started the fire, and at this point no injuries have been reported.

On Monday, traffic was shut down at Highland and the Trans Canada Highway. This was largely because emergency crews were running water lines across the highway.

On Tuesday morning, the Brandon Fire and Emergency Services said crews are still on scene at the fire putting out hot spots, but once daylight comes they will start investigating. Traffic in the area is not being impacted.

The Brandon Fire and Emergency Services noted that the cold weather created added challenges for crews because it caused freeze-ups. The typical items found in vehicle repair shops, such as waste oil and acetylene welding tanks, also added to the work.

No one was hurt in the fire and there are no damage estimates at this time.

- With files from CTV’s Tim Salzen and Kayla Rosen