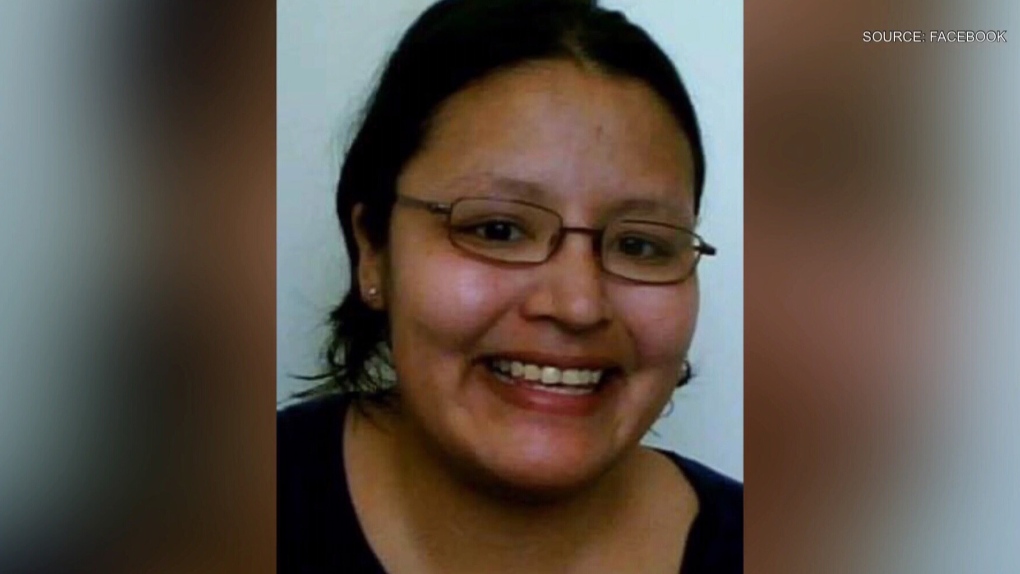 THUNDER BAY, ONT. -- Relatives of an Indigenous woman who died after being assaulted with a trailer hitch in Thunder Bay, Ont., told a court they'd lost an irreplaceable loved one as well as a sense of personal safety with her passing.

Barbara Kentner's daughter and sisters spoke of their heartache and fear in statements read by lawyers during a sentencing hearing Wednesday for Brayden Bushby, who was found guilty of manslaughter last year.

Bushby threw a trailer hitch at Kentner from a moving vehicle in January 2017 after spending a day drinking with friends. The 34-year-old woman died months later and the trial judge found Bushby could have forseen the fatal outcome of his actions.

On Wednesday, court heard that Kentner's daughter became depressed and had difficulty completing high school after her mother's assault and subsequent death.

Serena Kentner said she struggled through cancer treatment without her mother by her side.

"Now when I'm out and about and see other people with their mother, it makes me mad because I wish she was here," she wrote in a statement read out in court.

"She was my best friend, I was able to tell her everything and anything. Now that she is gone, it is just me."

Bushby, who did not testify at the trial, apologized in court to Barbara Kentner's family and friends.

"I want everyone, especially the Kentner family, to know that I am very truly sorry for my actions."

One of Kentner's sisters directly addressed Bushby in her statement, saying his attack robbed her sibling of her future.

"She may have been just another Indian to you. To me, she was a light in the darkness. May you forever feel that shame," Cheryl Kentner wrote.

Two other sisters said what happened had made their family fear leaving home alone. The said the family has not been able to attend counselling during the lengthy court process out of fear that anything said there could be used against them.

The judge-alone trial heard that Bushby said "I got one" after striking Barbara Kentner and that he laughed after throwing the hitch. Court heard that Kentner required surgery for a severe internal injury and her health declined before her death in July 2017.

The Crown is asking for a sentence of between eight and 12 years for Bushby.

Lawyers argued that Justice Helen M. Pierce should consider Kentner's vulnerability as an unsuspecting victim walking outside at night and the dangerous weapon among aggravating factors in the assault, as well as witness accounts that he laughed after the assault.

Crown lawyer Trevor Jukes argued that Bushby intended to attack women on the night of the incident, pointing to witness testimony that Bushby told friends he wanted to "drive around and yell at hookers" that night.

Jukes said the Crown did not have enough evidence to argue beyond a reasonable doubt that the crime was motivated by bias against Indigenous people, but the documented history of racism in the city should be considered.

Bushby's lawyers asked for a four-year prison sentence, arguing the judge should consider his young age of 18 at the time of the assault and his potential for rehabilitation.

The case has drawn criticism on how the justice system deals with cases involving Indigenous victims after Bushby's second-degree murder charge was downgraded to manslaughter and aggravated assault last fall.

The trial heard the change was made because physical distancing restrictions during the COVID-19 pandemic made a jury trial impossible in Thunder Bay.

Statements from community organizations spoke to the impact the case had on the Indigenous community in Thunder Bay and across Canada.

Audrey Gilbeau with the Nokiiwin Tribal Council, which serves First Nations people in the Thunder Bay area, described how Indigenous people in the city frequently report similar assaults with thrown objects. She said the problem is so widespread that people try to hide their features when walking down the street.

Gilbeau told the court how the attack on Kentner heightened fears in the community.

"Our community believes that racism killed Barbara. When racism is left unchecked, the consequences lead to death," Gilbeau told the court.

She said she hoped the guilty verdict in Bushby's case could set a precedent in the legal system by "(putting) value on Indigenous lives," and sending a message that "in some cases, you can no longer get away with killing an Indigenous person."

Pierce is expected to deliver her sentencing decision on May 4.

This report by The Canadian Press was first published Feb. 17, 2021.