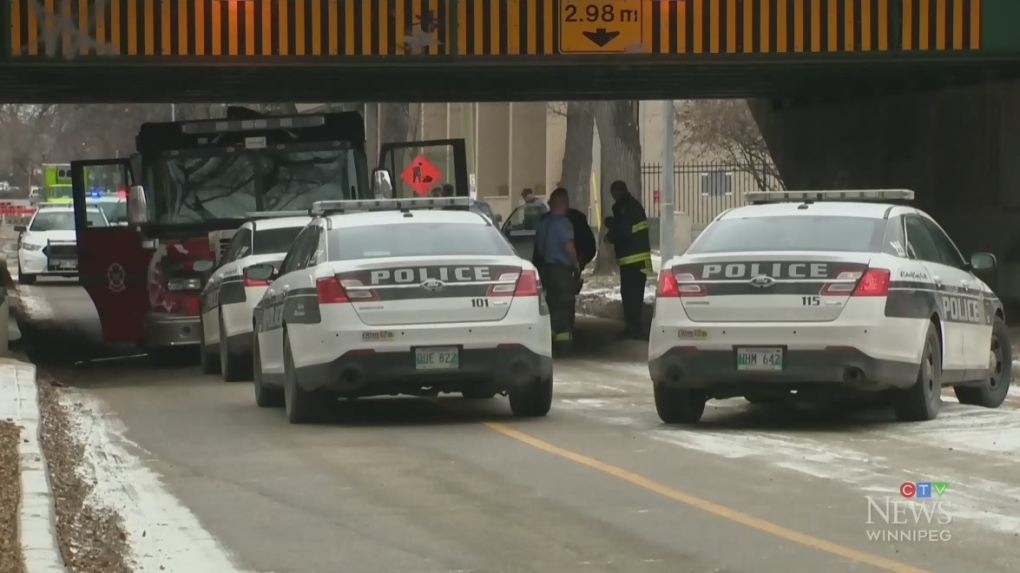 On Friday a fire truck was stolen from the Henderson Highway area while the crew was on a medical call. Police say the driver tried to run down people in Central Park before the truck came to a stop under the Midtown Bridge.

READ MORE: 'I always wanted to do this': man charged after a high speed chase in stolen fire truck

Chief John Lane said the trucks have to be kept running in the winter, but it’s still under investigation how the suspect was able to drive off.

Lane said they’re looking at future changes including adding an emergency responder to each crew so someone can stay back and watch the truck.

He said other anti-theft devices are also being looked at.

“All of those add-ons cost money, so it really becomes that sort of balance. I will say that one has to look at the frequency with which this occurs, it’s not very frequent, thank heavens,” said Lane.

He added there are anti-theft devices in the vehicles now, but he won’t say more about them for security reasons.

“Clearly there may have been a compromise of it in this particular case and I think detailing it could compromise it even further," said Lane.