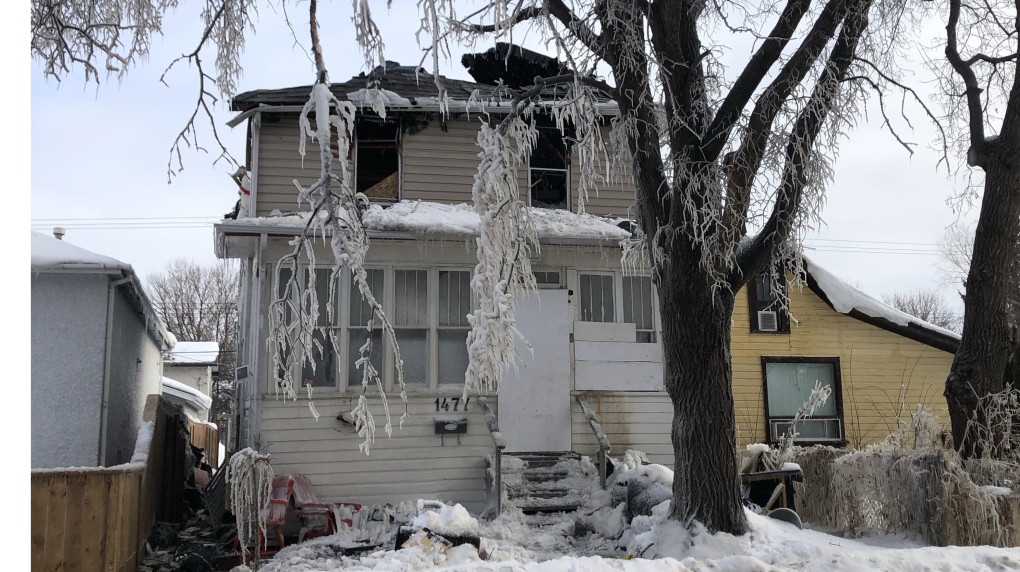 The cause of the fire is under investigation and damage estimates aren’t available at this time. (Alex Brown/CTV News)

Winnipeg firefighters were called to the scene of a fire at a home in the 1400 block of McDermot Avenue West early Wednesday morning.

Crews searched the home, but were forced out because the house was engulfed in flames.

After most of the fire was out, crews went back in to continue their search. It’s believed nobody was home at the time of the fire.

People inside the neighbouring homes were evacuated as a precaution, but were able to return.

The cause of the fire is under investigation and damage estimates aren’t available at this time.

Drivers are advised to be cautious as they drive in the area as the water used to fight the fire has frozen. The city is working to open up storm drains, clear ice, and apply sand.