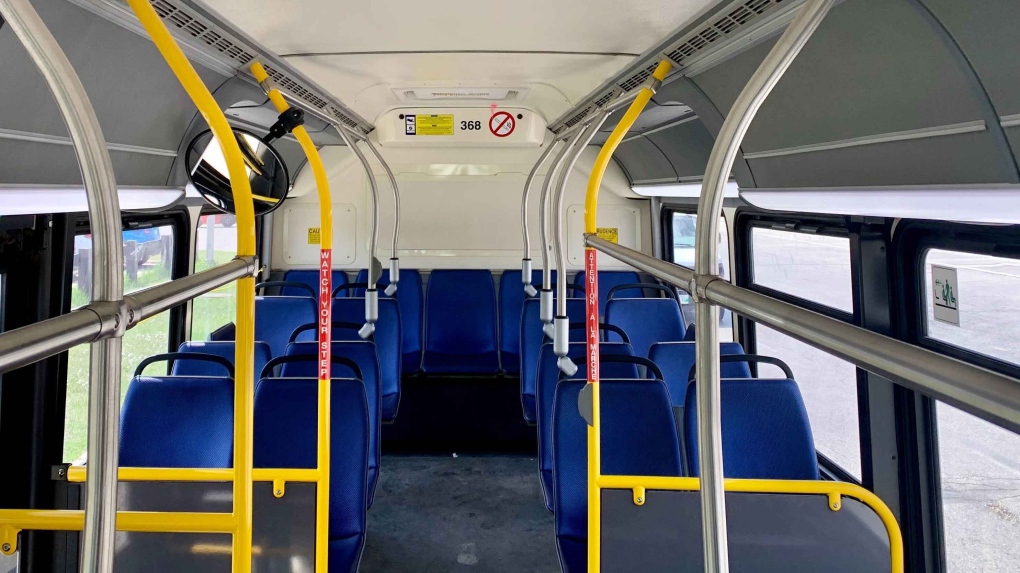 A spokesperson for the Louis Riel School Division told CTV News five students from Samuel Burland School were involved in the incident on a Winnipeg Transit bus. (File Image)

A group of students from a school in Winnipeg’s River Park South neighbourhood were involved in a ‘pepper spray incident’ while riding to school on a Winnipeg Transit bus, says a local school division.

She said the transit operator called for emergency services, who responded and provided help.

According to LRSD, the impacted students were picked up and taken home by their parents.

“All students are reported to be doing well, and Student & Clinical Services staff support were onsite at the school following the incident in case any additional support was needed,” the spokesperson said.

A letter that appears to be from Samuel Burland School to parents and guardians and obtained by CTV News, confirmed the students were pepper-sprayed.

“The Winnipeg Police have interviewed the students and are currently investigating the incident,” the letter reads.

CTV News has reached out to Winnipeg Police Service about the incident, and we are waiting to hear back.

American actor Anne Heche will be taken of life support on Sunday, nine days after suffering severe injuries in a fiery car crash, as a compatible person was found to receive her donated organs, a spokesperson said.

A fire ripped through a packed Coptic Orthodox church during morning services in Egypt's capital on Sunday, quickly filling it with thick black smoke and killing 41 worshippers, including at least 15 children.