'Flames into our yard': Grass fire gets close to homes in Charleswood

WINNIPEG -- A grass fire that burned in a field Monday afternoon in Charleswood was close to burning some homes in the neighbourhood, according to one resident who witnessed the fire.

At approximately 2:30 p.m., Jim Macgregor and his wife Christine noticed the blaze burning in the field behind his home on Charleswood Road and Rannock Avenue.

“Our living room faces the field behind us, which is west of our house, and she noticed a lot of smoke, so we rushed outside just to see what was happening,” Jim said. “There were flames all about the field, and also flames into our yard, but not quite at our house.”

Firefighters and paramedics arrived at the scene to extinguish the fire.

In a statement, Winnipeg Fire Paramedic Service (WFPS) said the fire extended “several hundred metres” in the brush and grass. The fire was brought under control by 3:38 p.m.

Jim said no homes were damaged, but some yards, including his own, were singed.

He estimated one fifth of his yard was burned. 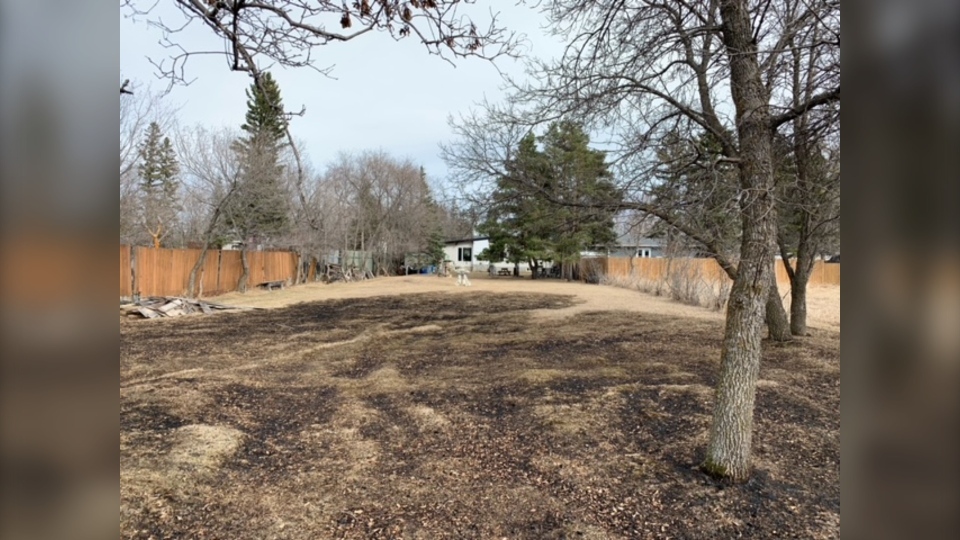 (The aftermath of a grassfire on Rannock Avenue on April 5, 2021. Image source: Jim Macgregor)

He said it was scary to see the fire get close to his home.

“You rush around, not really knowing quite what to do, except phone those people who do know what to do,” Jim said, adding he was thankful for the quick response.

One firefighter was injured and required medical attention, said WFPS.

The cause of the fire is not known.

WFPS said when the weather is dry, people need to thin and prune vegetation, and ensure brush, leaves, grass and debris around the home is cleaned up.

They added smoking materials should never be disposed of in any brush or from car windows.