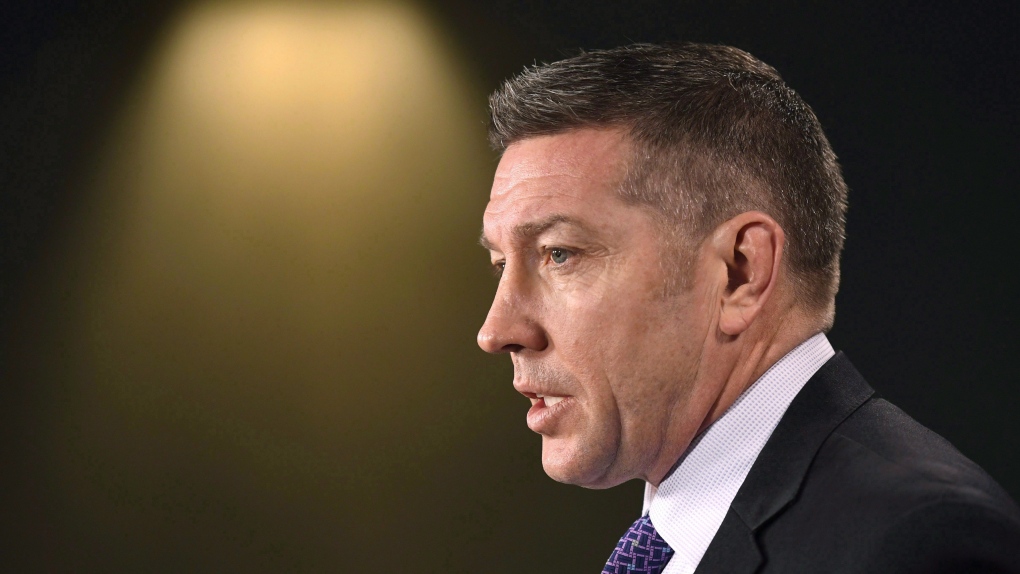 A former NHL player and sexual abuse survivor is calling on the NHL to do more and have more services available to players to report concerns about sexual abuse.

Sheldon Kennedy made the comments following the completion of an investigation into reports of sexual abuse by an assistant coach with the Chicago Blackhawks in 2010.

The investigation found the situation was mishandled and the team was fined $2 million by the NHL and general manager and president of hockey operations, Stan Bowman, resigned from his position.

Kennedy thinks third-party programs need to be available for players and bystanders to speak freely about any concerns they have.

He said there is a player assistance program within the NHL to help players with a variety of issues, but he noted there is no third-party helpline that players can access that isn't part of the team.

"When we keep these types of issues and we keep the call centre or the helpline within the organizations, there is a reluctance for anybody to come forward because it is such a code of silence, if you may. We know the best results come when that safe place or that helpline is outside the organization."

Kennedy said he hopes the NHL and every team in the league can learn from this incident and that they will do everything they can to make sure something like this doesn't happen again.

"This is a chance to get it right and learn from it and understand what was wrong, and how this happened, and how we are going to be better to make sure this doesn't happen for anybody else throughout the league," he said. "How are we going to educate every team? How are we going to create a safe place for every team, for the players, for anybody within the organization to be able to handle and deal with these issues upfront?"

Kennedy added the way this issue was dealt with back in 2010 is archaic and now, these situations cannot be swept under the rug and they need to be dealt with.

The Blackhawks hired Jenner & Block to conduct what they called an independent review in response to two lawsuits filed against the franchise: one by a player identified as John Doe alleging sexual assault by then-assistant coach Brad Aldrich in 2010 and another filed by a former student whom Aldrich was convicted of assaulting in Michigan.