WINNIPEG -- Winnipeg police confirmed they are investigating after an ambulance was stolen by a naked man on Friday.

The ambulance was taken from the Sherbrook Street and William Avenue area area around 8:30 a.m., but has since been recovered. 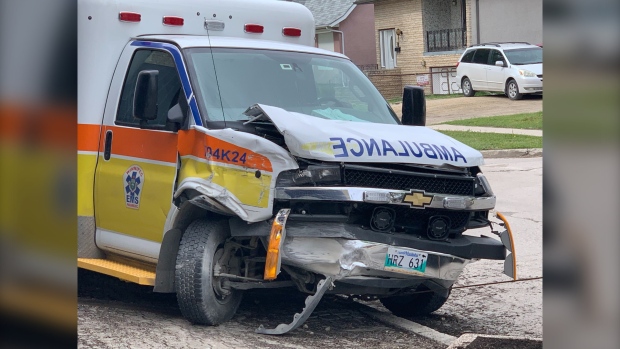 According to Winnipeg Fire Chief John Lane, the incident began when an ambulance paramedic crew was in the area, and they saw someone who needed assistance.

He said the crew pulled their ambulance over to the curb and got out to assess the male.

“Within 70 seconds, the crew realized that (the) individual was threatening harm to them, and they activated their emergency communication button on their radio,” Lane said. 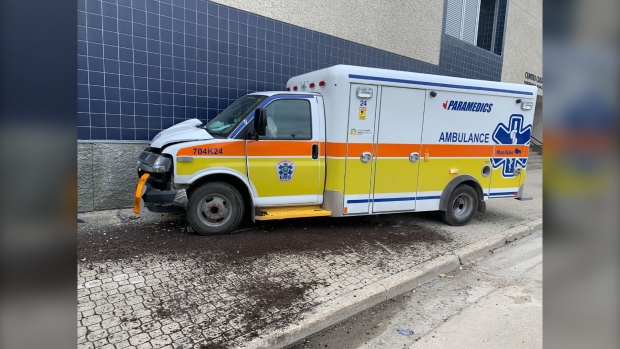 A video obtained by CTV News shows a completely nude man run past paramedics, access the front cab, and drive away as paramedics watch.

Shortly after, the ambulance crashed into the Portuguese Cultural Centre.

Dean Jorgenson, who was working on construction in the area, said he saw the ambulance driving on the wrong side of the road, and was forced to jump out of the way.

“He was going haywire,” Jorgenson explained.

His coworker, Shawn Flett, noted they were puzzled when they saw the ambulance driving eastbound on Notre Dame.

“He broke right through our signage, everything that we had on the sidewalk to block pedestrians from our work,” he said.

“Took out the signage, turned on Spence, jumped right through the pile of gravel that’s on the road, fast, all the way up to Sargent, turned west on Sargent and then came back up Young here.

“Thank God there was a garbage truck in the road ready to leave, which made him, I’d assume, veer out of the way and cause him to crash into the building.”

Flett described the incident as “quite intense.”

“It caught me by surprise and when you see the person driving we knew that’s not an ambulance driver.”

Police took the suspect into custody. He was taken to hospital.

“We’re very grateful that none of our crews and none of the public, apart from the individual in question, suffered any physical injury,” Lane said, noting crews are shaken by the incident and receiving support from the critical incident stress team. 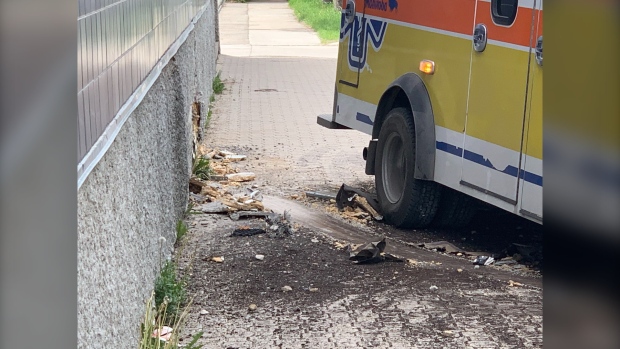 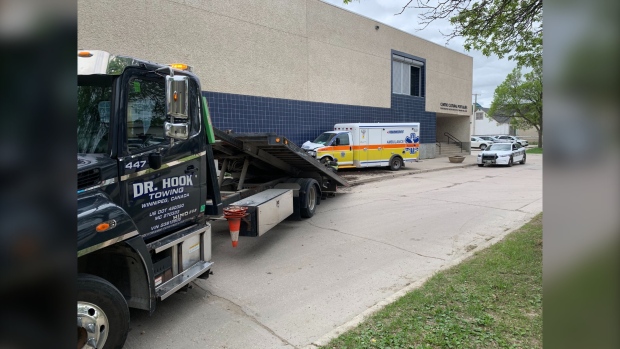