How other provinces are rolling out the COVID-19 vaccine 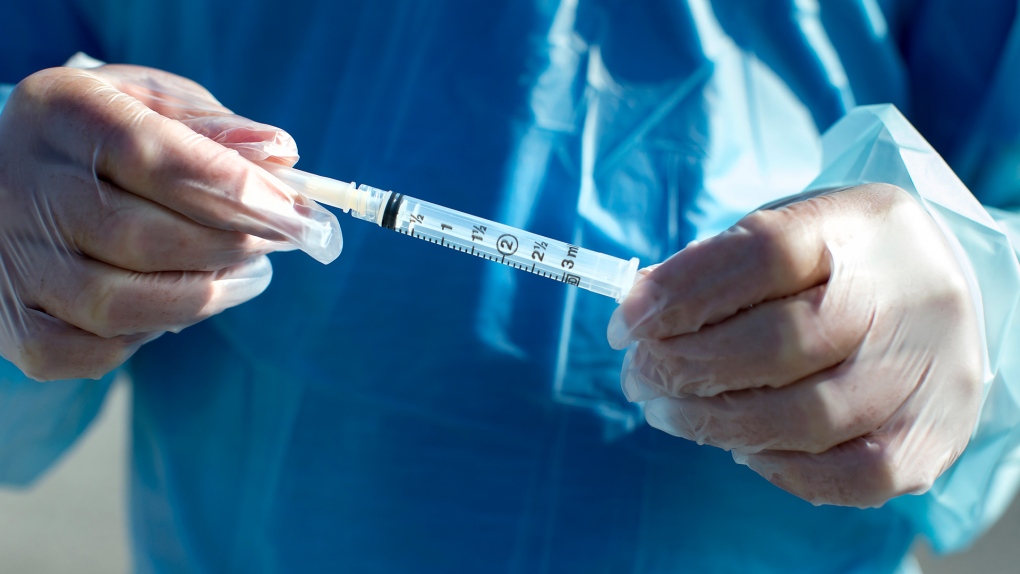 A needle and syringe used to administer the flu shot in shown in Virgil, Ont., Monday, October 5, 2020. THE CANADIAN PRESS/Tara Walton

WINNIPEG -- Manitoba public health officials are expected to release a long-awaited COVID-19 vaccine distribution plan Wednesday, which could include a timeline for when the general population can expect a jab.

“If you know there is a plan and you know how it’s going to roll out, it gives you a lot more confidence,” said Health Sciences ICU physician Dr. Dan Roberts.

The rollout in other provinces may provide some clues as to what Manitobans can expect.

Phase 2 includes people who are over 80 and weren’t immunized in the first phase, Indigenous people over 65, and vulnerable populations who lives in group settings.

Phases 3 and 4, which are expected to begin in April, include mass immunizations and is based largely on age.

Ontario has released a three-phase plan.

Phase 2 is expected to begin in March and opens the eligibility to essential workers and people with chronic health conditions. The Ontario government plans to begin vaccinating the general public in August.

The Manitoba government said it would have released a schedule soon if it wasn’t for the pause in vaccine shipments affecting the entire country.

“The delay (in the rollout) was so we had time to review and make sure nothing in our plan would be disrupted,” said Dr. Joss Reimer, Manitoba’s COVID-19 Task Force Medical Lead on Monday.

Kerry Bowman, a bioethicist at the University of Toronto, said despite the delay, the province could have provided more details.

“(Determining) what week and which month we can expect, under the conditions is very difficult. But what stands out with Manitoba is that is has defined (Phase) one and nothing beyond that,” said Bowman.

Roberts also would have liked to see more information out sooner

The Winnipeg physician has been pushing the province for more transparency on the rollout and said he had a meeting with the new minister of health and seniors care Heather Stefanson last week.

This past weekend Roberts toured the vaccine super site at the RBC Convention Centre.

“I was very relieved to hear the actual details of the plan.”

“At the end of the meeting they asked me for advice, I said, 'provide some transparency.' The medical community and the public need to hear what you’re doing to doing. They’re anxious to see this government get on a solid footing, to start over again and roll out the vaccine in a timely fashion,” he said.