How you can donate to Salvation Army’s Toy Mountain

How you can donate to Salvation Army’s Toy Mountain 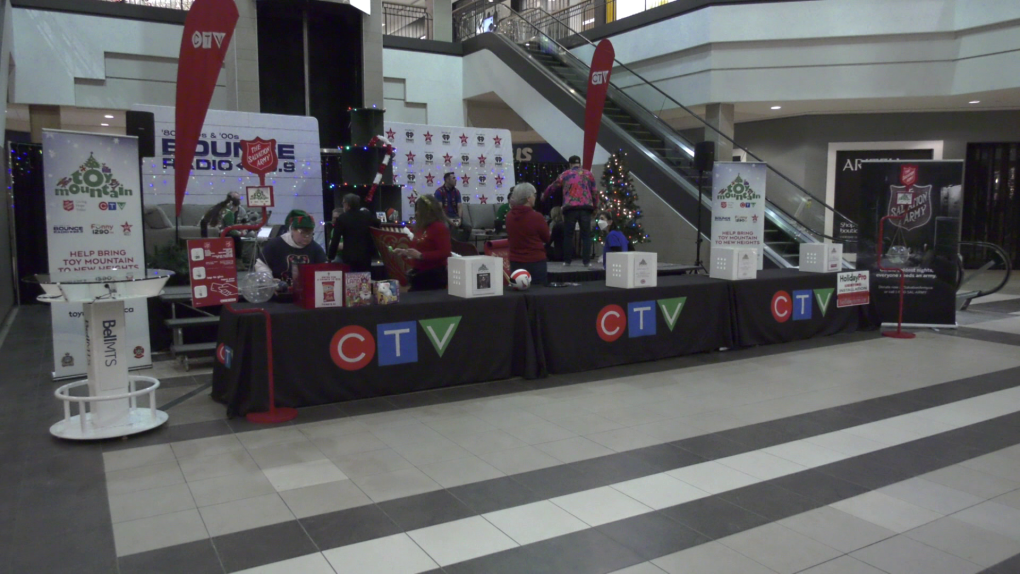 The public is invited on Dec. 2 and 3 to bring donations of unwrapped toys or cash to CF Polo Park’s centre court right across from Santa.

A mountain of toys is growing amid the hustle and bustle of holiday shopping this weekend.

The Salvation Army’s Toy Mountain has returned to CF Polo Park – a fundraising drive to make holiday dreams come true for kids and families in Winnipeg.

The public is invited on Dec. 2 and 3 to bring donations of unwrapped toys or cash to CF Polo Park’s centre court right across from Santa.

To give every child the chance to open something special on Christmas morning, the organization has set a goal of collecting 15,000 toys this year.

Scott said like most years, they continue to see a shortfall in toy donations for older kids, ages 8 to 12.

“Everyone likes to shop for little kids. It’s cute and fun and easy, but the older kids, they’re needing that as well,” Scott said.

Once toys are donated, they’re set up in a toy room, with donations divided by age group. Parents are then able to come in and pick out what their kids will get.

“It provides that dignity for the parents to come, and just feel like they’re choosing what their children would want, rather than having a stranger stuff a bag for them,” Scott said.

If folks aren’t able to make it out to the mall this weekend, donations are also being accepted at Scotiabank and Toys R Us locations, IKEA and Winnipeg Fire Departments. A map can be found here.

Major Al Hoeft with Salvation Army said Manitoba historically ranks among the top in the country in terms of donations.

“It’s who we are as a community and we’ve really learned that we come together, we support one another, and by giving, we make a difference in the lives of others,” Hoeft said. “The most important part are those individuals who come in every year and bring those donations, one toy at a time.”

Cash donations can also be made through the Salvation Army’s website.

'This is too much': B.C. mom records police handcuffing 12-year-old in hospital

A review has been launched after police officers were recorded restraining a handcuffed Indigenous child on the floor of a Vancouver hospital – an incident the Union of B.C. Indian Chiefs has denounced as "horrendous."

Grizzlies, other NBA teams speak out on Tyre Nichols' death

The outrage, frustration, sadness and anger was evident around the NBA on Friday, the day that video was released showing how Nichols, a 29-year-old father, was killed by five Memphis police officers. Several teams released statements of support for the family, as did the National Basketball Players Association.