'I'm a dreamer, but I'm a doer': Morgan would provide opportunity as next AMC Grand Chief

'I'm a dreamer, but I'm a doer': Morgan would provide opportunity as next AMC Grand Chief 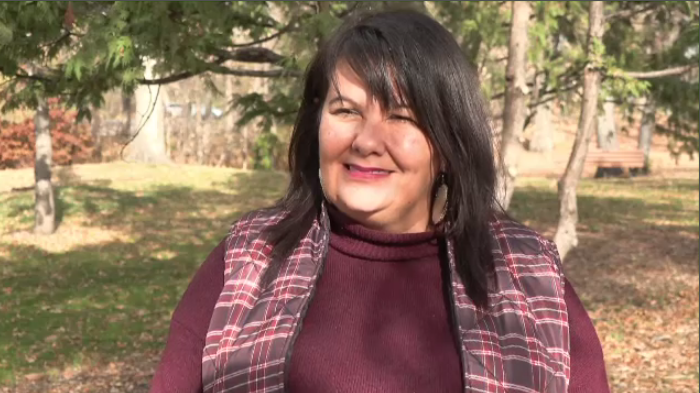 "I've had ideas on how we can improve the quality of life for our First Nations people for over 20 years, and I would like an opportunity to put some of those ideas into action," said Morgan.

She feels that there is a real need for change in the lives of Manitoba's Indigenous people, and would like to bring forth new initiatives that will help create that change.

Morgan said her seven years' experience working in the AMC's First Nation Family Advocate office has given her insight into the problems facing Indigenous people.

"(I've) advocated for the reunification of hundreds of kids, helped prevent newborn apprehensions," she said.

She added that she's the kind of person who gets things done.

"I'm a dreamer, but I'm a doer. So things that people talk about doing? I want to get a chance to actually do those things."

Morgan believes her direct experience working at the AMC has shown her where improvements could be made, "I can't help but think of things we could do differently, things that we could do that are innovative and haven't been done before," she said.

If elected, Morgan said she would provide opportunity for Manitoba's First Nations in different ways, by creating an inclusive environment and encouraging more grassroots movements.

"As First nations people, our greatest resource is our people," said Morgan.

LeBron James is the NBA's new career scoring leader. With a stepback jump shot with 10.9 seconds left in the third quarter against the Oklahoma City Thunder on Tuesday night, James pushed his career total to 38,388 points on Tuesday night and broke the record that Kareem Abdul-Jabbar held for nearly four decades.