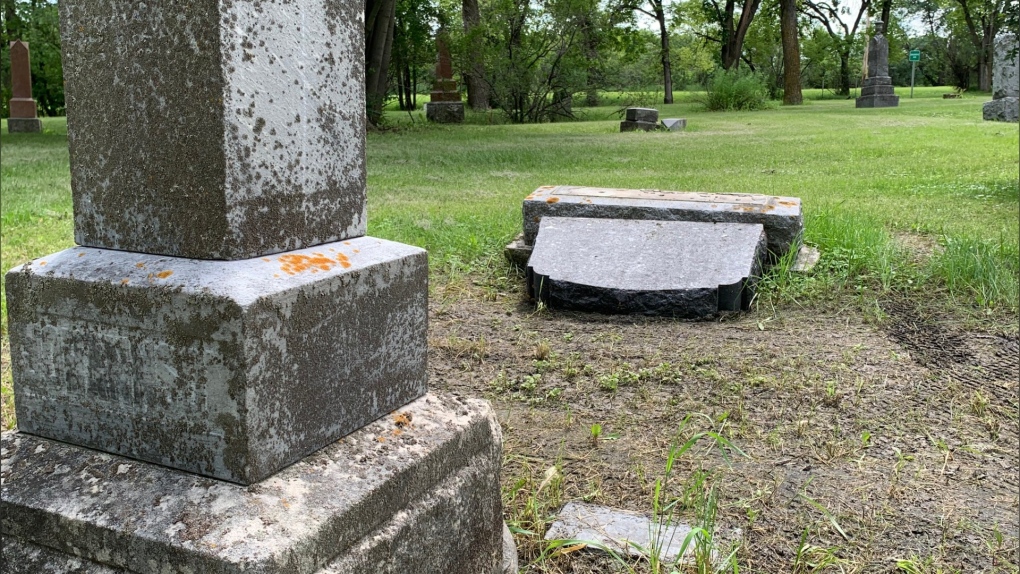 People whose loved ones are buried at Brookside Cemetery are demanding the City of Winnipeg respect the dead by doing a better job of maintaining the grounds there.

Gary Van Den Bossche has been trying for more than a month to get someone to come down to cut the grass at the city-owned cemetery at 3001 Notre Dame Avenue, as well as repair damaged headstones and fix other issues.

“From the trees to the stones tipped over, there was vandalism, it’s just nothing getting done,” he said, “The place has really been deteriorating over the last 20 years for sure.” 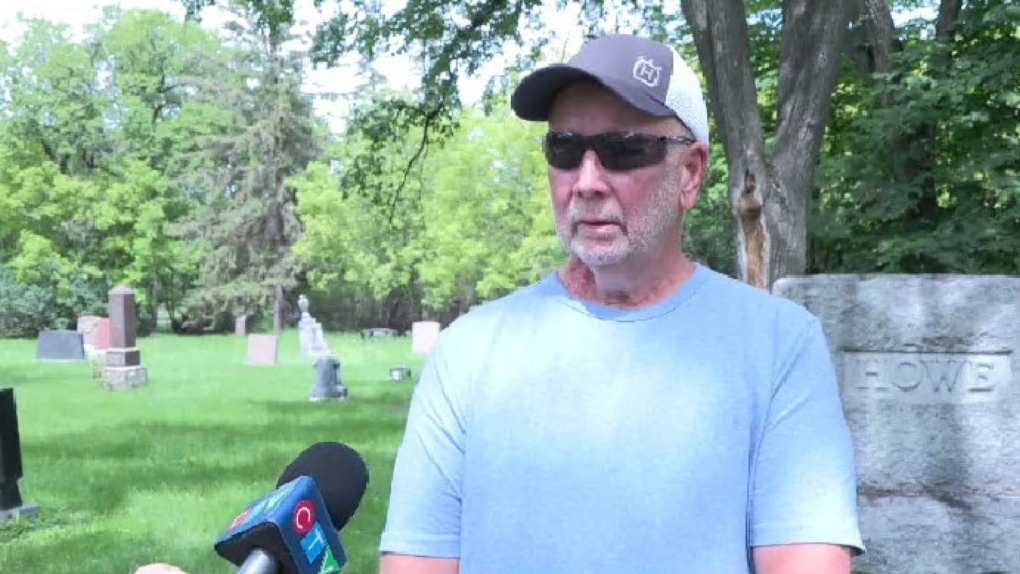 “My parents are resting here, all my relatives. I want to get them exhumed and take them to another cemetery, that’s how horrible it was,” said Van Den Bosche, a former employee at Brookside who had his own plot moved to a privately-owned cemetery.

Carol Filewich thinks her parent's headstones at Brookside have been robbed of their commemorative metal urns, but she can’t find them to be sure.

“I came here about six weeks ago looking for the plot, most of the urns, including my parents are gone,” she said. “I don’t know if they were stolen for metal value or what. But it’s so grown over, I can’t even find it.”

The City says it’s been a difficult season, “Precipitation levels in the spring have caused particularly challenging conditions for Cemeteries’ maintenance staff preventing them from properly cutting all areas of our cemeteries’ grounds,” the City of Winnipeg said in an email response to CTV News. “The weather has shifted in recent weeks and mowing and groundskeeping operations are beginning to catch up to our seasonal standard.”

The City says anyone with concerns about damaged gravestones at Brookside or any of the city-run cemeteries should call 311, and a city rep will investigate.

If an election were to be held today, the Conservative Party would win more seats than the Liberals, potentially enabling Pierre Poilievre to become Prime Minister, the latest seat projections from Nanos Research show.

The Conservatives are calling on the federal government to allow the importation and sale of foreign language-labelled versions of the same formulations of over-the-counter paediatric pain medication, in response to an ongoing nationwide shortage.

Tom Mulcair: What Legault's win might mean for the future of Canada

François Legault may have changed his separatist strategy but he hasn’t changed his stripes, former NDP leader Tom Mulcair says in an exclusive column on CTVNews.ca.

State of emergency declared in northern N.S., thousands still without power on P.E.I.

More than 16,000 customers in Nova Scotia and Prince Edward Island are still without electricity 12 days after post-tropical storm Fiona hit the Maritimes on Sept. 23. The ongoing outages and restoration efforts have prompted the Nova Scotia government to declare a state of emergency in several counties in northern Nova Scotia.