'I was born and raised on a reserve': Shorting wants to amplify indigenous voices as next AMC Grand Chief

'I was born and raised on a reserve': Shorting wants to amplify indigenous voices as next AMC Grand Chief 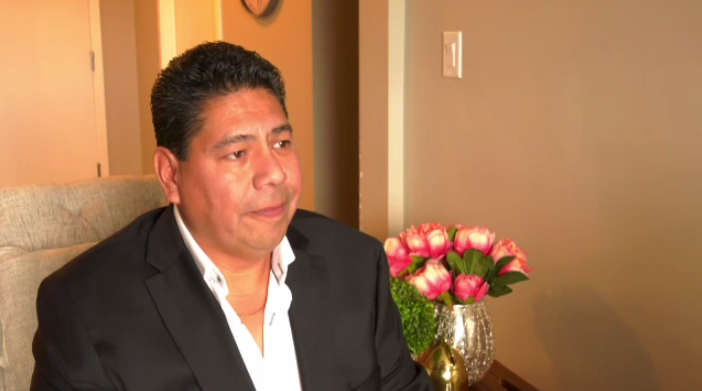 Darrell Shorting can quickly summarize why he should be elected the next Grand Chief of the Assembly of Manitoba Chiefs (AMC).

"My voice, my honesty, and my credibility," said Shorting.

The Little Saskatchewan First Nation band councillor is one of seven candidates running to become the next AMC Grand Chief. Shorting said his experience makes him the best choice.

"I did a lot of work in the areas of volunteering, working with our youth first hand, and also working with the Royal Canadian Mounted Police, I was stationed in Lac Du Bonnet," he said.

Before his seven-year stint as band councillor, Shorting also worked as a child abuse investigator and employment and training coordinator.

He said if elected, he would work to improve communication between First Nations and government agencies.

"Number one, to work together with the provincial and federal governments to open those doors," said Shorting. "Right now we don't know if those doors are open or not, and dialogue is very important."

Shorting said he wants to help amplify indigenous voices, "Because far too many times, it falls on deaf ears."

He wants to improve medical services and medical transportation for First Nations in Manitoba.

"We need to start being self-sufficient, and helping each other in our aboriginal communities to thrive and to survive," said Shorting.

"It's hard for our people to go into a recreation program where it costs money to clothe our children," he said.

He would also fund healing lodges for youth who are addicted to drugs and alcohol, and create more food drives and lunch programs.

"I want to be that voice for our families, our children our youth and also our elders," said Shorting.

"I was born and raised on a reserve, I live on a reserve. I know the struggles that we face first hand."

The next AMC Grand Chief will be elected Oct. 26.

Justice Minister David Lametti says he will "look at" a federal policy that restricts gay and bisexual men from donating to sperm banks in Canada, after CTV News exclusively reported on Wednesday that a gay man is taking the federal government to court over it.

The federal government is seeking to delay the extension of assisted dying eligibility to people whose sole condition is a mental disorder until March 17, 2024. Justice Minister David Lametti introduced a bill seeking the extension in the House of Commons on Thursday.

Former Wagner commander says he is sorry for fighting in Ukraine

A former commander of Russia's Wagner mercenary group who fled to Norway told Reuters he wanted to apologize for fighting in Ukraine and was speaking out to bring the perpetrators of crimes to justice.

As rates of sexual assault climb across Canada, nursing experts say there is a shortage of specially trained forensic nurses to properly care for victims.