'It's a daunting task': Food banks seeing increased demand due to inflation

'It's a daunting task': Food banks seeing increased demand due to inflation 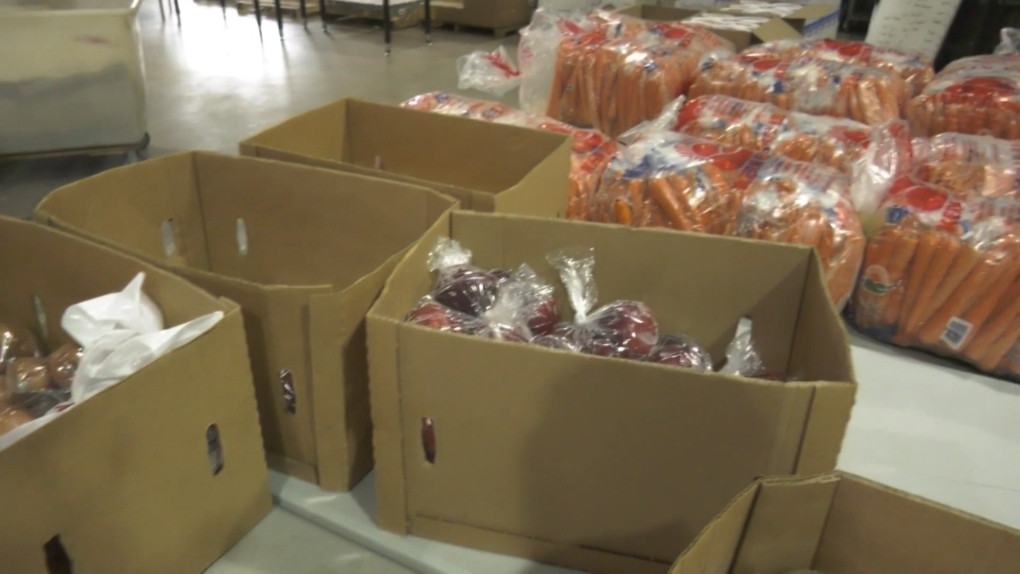 It’s not quite the holiday season, yet but food prices are already packing a punch, especially for food banks.

Shawna Bell, the executive director of the Christmas Cheer Board, said their grocery bill was 20 per cent high than in 2019.

‘’The hope is that we will still receive a significant amount of donations,” Bell said in an interview with CTV News Winnipeg.

Last year when they opened their phone lines for hamper registration, they got more than 20,000 calls on the first day.

‘’We know that over the year the cost of inflation has hit people very hard and so we are expecting to see a significant bump in hamper applications,” Bell said.

This year they are expecting more than 18,000 applications -- 1,000 more applications than hampers given out last year.

To respond to the demand, the board decided to open for hamper registration a week earlier than usual on Nov. 7.

In Statistics Canada’s newly-released Consumer Price Index Report, it found that Manitoba has seen an increase in food costs by 16.5 per cent in the past year. Nation-wide, the average rise was 16.3 per cent.

Agape Table has been seeing the effects of the price jump as they serve meals during the week.

General manager Dave Feniuk said they will serve as many as 135,000 meals by the end of the year – usually seeing 600 to 750 people at their doorstep every day.

“It’s a daunting task each and every day to make sure that everybody gets what they need.”

He said they are welcoming seniors on fixed incomes, families choosing between rent or food, and households living on lower incomes to come in.

“In the Downtown [and the] West Broadway area over 40 per cent of the population lives below the poverty level,” Feniuk said.

Harvest Manitoba said it has seen a 40 per cent increase in need this year, expecting that to grow during the holidays.

The cheer board has made a change to its hampers in response to the wide-spread need. Instead of packing only enough food to last one meal, they will give enough to stretch the food for a week.

Bell says each year as many as 1,500 people will volunteer with them.

Both the Cheer Board and Agape Table said they are always in need of volunteers and donations as they push to keep up with demand.