With the onset of cankerworm season, Winnipeggers are once again dodging webs and scooping droppings off their driveways.

But some say the amount of cankerworms this year is unbearable, and are calling on the city to step in.

David and Jacky Morry are long-time south River Heights residents, and say this is the worst cankerworm season in four or five years.

“They’re just all over the house, all over the furniture,” Jacky agreed. “It’s just becoming very tiresome to be outside every day and cleaning up, sweeping the worms away, not to mention the excrement that they leave behind.”

They want the city to start spraying for cankerworms like it does in other areas. David said he contacted the city’s insect control branch and his city councillor.

“I believe they are trying to make some headway for us with insect control,” David said. “I don’t know what else to do at this point. I’m not about to start incurring the cost of spraying City of Winnipeg boulevard trees.”

Over in St. James, Donna Chambers is also inundated with the seasonal pests. 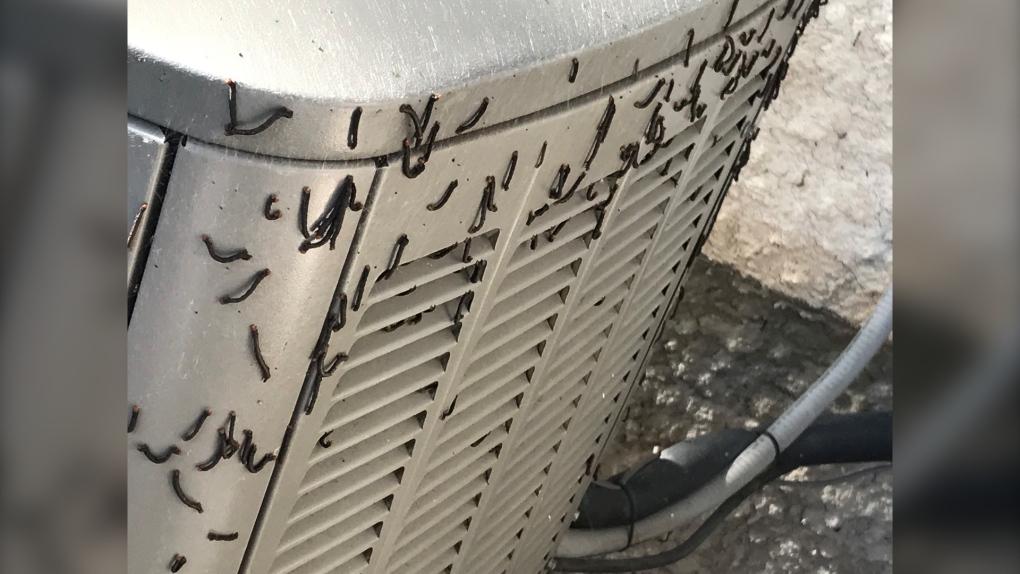 According to the City of Winnipeg's insect control branch, cankerworm populations are actually down this year, but certain pockets of the city are dealing with high volumes. (Image Source: Donna Chambers)

Chambers called 311 to see if the city had plans to spray in her neighbourhood.

“They gave me an incident report, so that's it. I haven't heard any more about that,” she said.

David Wade, the city’s superintendent of insect control told CTV News Winnipeg that overall, cankerworm populations are actually down this year outside of certain pockets with high volumes of the worms.

“We’re still monitoring those pockets and monitoring the level of defoliation in those areas. We’re still focusing most of our efforts on mosquitos at this point,” he said.

Wade said homeowners can purchase BTK insecticides, the same type the city uses, from most garden centres to spray on their trees and yards to get rid of cankerworms.

- With files from CTV’s Michael D’Alimonte and Danton Unger