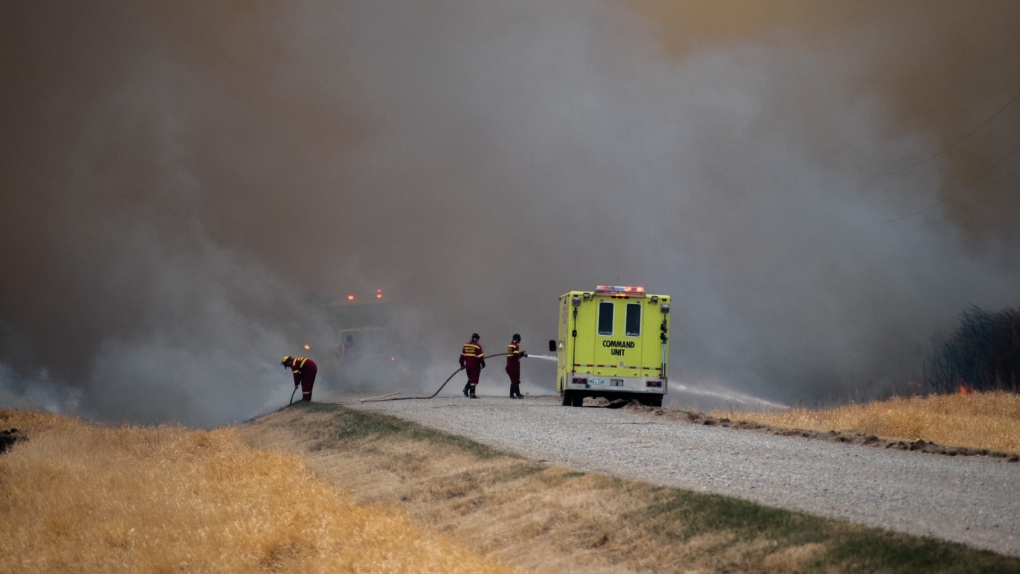 Fire crews in the Municipality of Grassland were dealing with a large brush fire Saturday, May 1, 2021. (Source: Dylan Bertholet)

WINNIPEG -- A large brush fire in the Municipality of Grassland burned about 30 acres of land Saturday.

Fire Chief Richard Lamouline said crews were called to a fire around dinnertime in the Lauder area, which is in the southwest corner of the municipality.

“By the time we arrived, she was fully, fully involved,” said Lamouline.

The fire began when a local resident was clearing some ground with his tractor and a three-point bush mower.

Windy weather and tinder dry conditions made fighting the fire difficult, according to Lamouline. At times, he said the fire was jumping the road and the firebreak.

“The embers were going right over our heads. We couldn’t see it for smoke and all of a sudden there’s fire on the other side of us.”

With the help of the Melita and Area Fire Department and a few locals, the fire was brought under control around 9:30 p.m.

Lamouline said the fire hasn’t been completely extinguished, and expects it to burn for the next few days, but said it is contained. He noted the rain on Sunday has helped.

No injuries were reported and there was no damage to any structures.