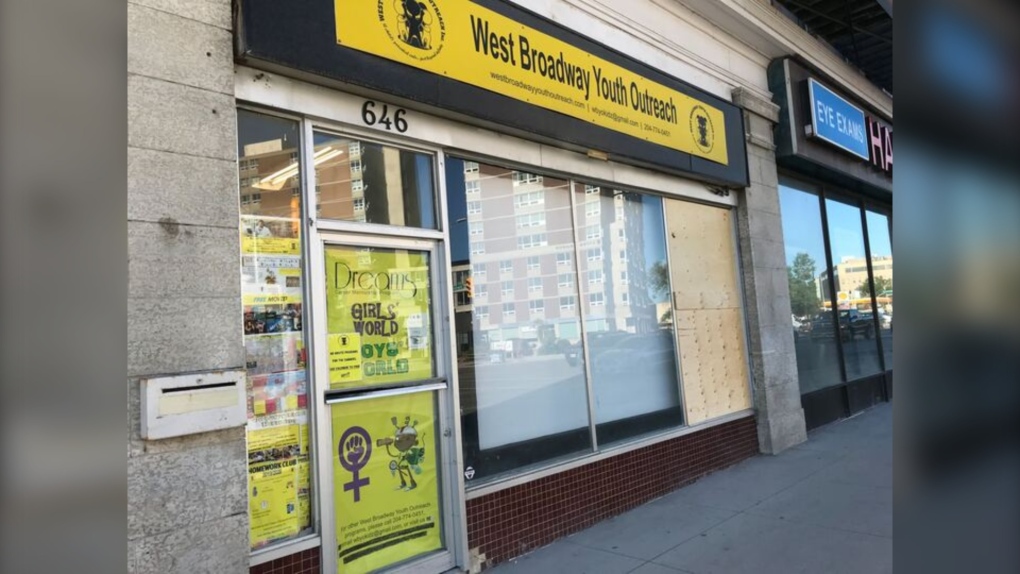 A wooden board temporarily replaces a shattered glass window at the West Broadway Youth Outreach Centre on Portage Avenue. Police were investigating a stabbing that happened in front of the centre on Tuesday morning. (Source: Tara Lopez/ CTV News)

WINNIPEG -- Winnipeg police officers were on scene of a stabbing Tuesday morning in the city’s West Broadway neighbourhood.

A spokesperson for police said officers were called to the area of Sherbrook Street and Portage Avenue around 6 a.m. following a report a male had been stabbed.

He was taken to the hospital. There is no word yet on the victim’s condition.

No further details are available at this time.