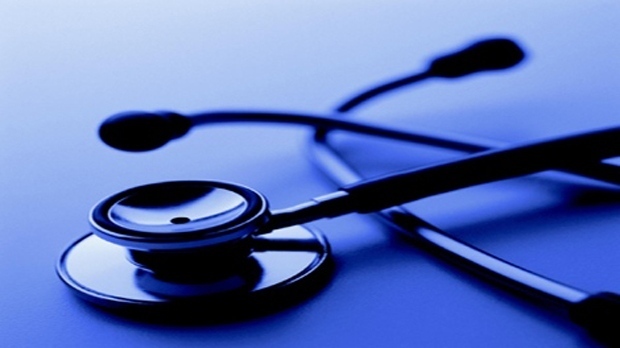 A Manitoba doctor has lost his licence and must pay $40,000 after an inquiry panel found him guilty of 'irresponsible and reprehensible' professional misconduct and said he was unfit to practise medicine.

In a decision released June 2, The College of Physicians and Surgeons of Manitoba (CPSM) said it has cancelled the licence of Dr. Shamoon Hasham Din.

According to the college, Din was suspended for a year in 2018 after 'inappropriate communications' with a female patient. When he returned to practise, he signed an undertaking with conditions. Among them was a condition that a female attendant must be present as a chaperone at all times when Din met with or examined a female patient.

The college alleges Din breached the undertaking he signed and failed to have a chaperone present while with his women patients, and had created false and misleading medical records about the presence of a chaperone.

It goes on to allege he practised beyond his boundaries by providing medical care to patients under 18 years old, and failed to maintain professional boundaries with a patient.

In March, the CPSM Inquiry Panel found din guilty of the charges against him.

According to the summary, the panel ordered Din's registration with the CPSM be cancelled – the most significant penalty that can be issued. On top of this, Din must pay $40,000 over four years, and an additional $20,000 over two years if he is reinstated to practise medicine.

In a statement, the registrar said the disciplinary actions are suitable to protect the public and maintain confidence in the college's ability to hold registrants to professional standards.

"The actions by Dr. Din are irresponsible and reprehensible and are destructive for public trust in the medical profession. There would no doubt be a risk of harm to the public if Dr. Din was permitted to continue to practise," the statement reads.

"This also serves as a reminder that failing to maintain boundaries, falsifying documents, and breaching CPSM orders will not be tolerated. Unethical practice will result in severe consequences."

The panel heard Din is currently living in Brampton, Ontario.

CTV News has reached out to Din's lawyer for comment, but has not yet heard back.

The rapid growth of a long-burning forest fire in central Newfoundland has triggered a state of emergency in the area and prompted the province's Premier to urge some nearby communities to prepare for possible evacuation.

Hundreds forced out of their homes as Okanagan wildfire rages on in B.C.

An evacuation order remains in effect in Olalla, a community just north of Keremeos, B.C., as a wildfire classified as 'out of control' continues to grow, impacting nearby residents.

While the peak of the Perseids meteor shower, one of the brightest of the year, may be next week, now may be the best time to see the astronomical event, according to The Weather Network.

Ottawa is reimbursing a record number of veterans for medical marijuana, with new figures showing the federal government shelled out more than $150 million in the last fiscal year -- more than double the amount just three years ago.

Actress Anne Heche has 'long recovery ahead' after car crash

Anne Heche remains hospitalized and in intensive care after a car she was driving crashed into a residence in Los Angeles on Friday and became engulfed in flames.

The Montfort Hospital ER will be closed between 7:30 p.m. and 7:30 a.m., forcing residents in the east end needing emergency care to travel eight kilometres to the Ottawa Hospital General Campus.