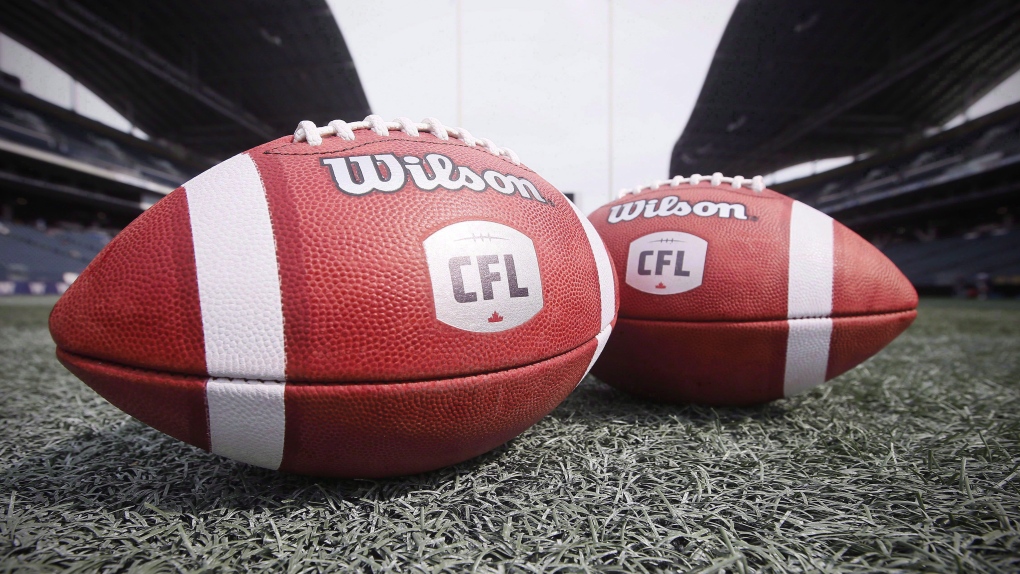 As part of that investment, Manitoba is putting $2.5 million towards a bid to have Winnipeg as the CFL hub city for the fall of 2020.

Premier Brian Pallister made the announcement Monday morning, noting the $8 million investment is designed to bring large-scale meetings, conventions, and events to Winnipeg and other rural destinations.

The $2.5 million, which will be used if Winnipeg becomes the hub city for the CFL, will go towards food and accommodations, practice field rentals, group transportation, and event-specific expenses in the province.

The premier said if Winnipeg became the hub city it would benefit the province's economy.

The province noted there would be roughly 800 people who would come to Winnipeg if it was the hub city, resulting in 55,000 hotel rooms, which could create $3.8 million for the economy. It estimated that it would create $45 million in business sales and $4.5 million in direct tax.

Pallister said he knows negotiations are going on with the CFL and its players and management, but nothing has been confirmed as to which city is the favorite.

"Manitoba is the safest jurisdiction to have this event," Pallister said. "We think we have the best bid though. I have too much respect for the CFL's management to think they would make the wrong decision to go somewhere else."

He added that a formal bid has not been put forward yet and there is currently a committee working on "ironing out all of the details."

If the CFL goes forward with a season and Winnipeg becomes a hub city, the government is prepared to have players and staff from each team stay in the city for 15 weeks, which would mean around 60 games.

When asked about a 'bubble' which has been put in place for other sports leagues like the NHL and NBA, the premier said additional health measures would be taken.

However, Pallister wouldn't dive into details on what that could look like and said those decisions would be up to the CFL and health officials.

Pallister said people are excited about sports and have been wanting to see them come back, and that is why he thinks it's important that Winnipeg becomes the hub city.

"But there is a kind of immeasurable emotional aspect to this, I think, for a lot of Manitobans who have been feeling kind of deprived from their nightly ritual of checking out how the sports teams are doing, watching some sports, sports highlights on TV."

Dr. Brent Roussin, the province's chief public health officer, said he has been working with the CFL to determine a potential bubble system.

"It's going to be accommodations to practice and game facilities. Any things outside of that would have to maintain the bubble format on that. Remember, the importance of maintaining this bubble is important to Manitobans, but it's important to any sports event, because if you have cases introduced into that, what should be a COVID free bubble, that compromises the entire season," said Roussin.

He said an example of a bubble could see a restaurant be shut down to the public so the football teams could use it without fear of coming in contact with Winnipeggers and Manitobans.

Roussin also talked about how players would be tested if Winnipeg is a hub city. He said the league wouldn't be doing a lot of asymptomatic testing.

"Once the bubble is secured, there's not going to be regular testing,” he said. “There is going to be testing should anyone develop symptoms and that would be typical testing and contact investigation, as we do anywhere else.”

If the virus does get out of control among CFL teams, Roussin said health officials could step in and end the season if it gets too serious.

Manitoba NDP MLA Matt Wiebe, who represents the riding of Concordia, is criticizing the government's latest announcement, saying the premier has failed to address the concerns of Manitobans.

"In particular, how bringing players from areas in the US where cases are surging could increase the spread of COVID-19,” Wiebe said in a statement. “Today was another time the Premier failed to address Manitobans' immediate priorities: a lack of a childcare plan, how we can support the thousands of businesses who need help and how schools will be able to reopen safely in just over a month.

“Manitobans are eager to cheer on our Grey Cup Champions once again, but a return to the field has to be done responsibly and the province has to put the immediate needs of families first."

"In the middle of a pandemic, the PCs are proposing to spend $8-million to bring people to Manitoba to meet in large groups. This is not an ‘event attraction’ strategy. This is a ‘COVID Attraction’ strategy. We have not beaten COVID-19, we have only kept it at bay," said Lamont in an emailed statement to CTV News.

He added that he has been "cautiously supportive" of a bid to have Winnipeg be a hub city mainly because of the calculations of the "supposed economic benefits."

"There is a long history of over-the-top promises from the PCs involving the Bombers,” he said. “We heard similar promises about the stadium, which Pallister just bailed out with $200-million in public money. So while we want to see the Bombers succeed, we have to ask why, when so many Manitoba businesses are being ignored and public institutions are being cut, that a private professional sports team is once again at the top of the list for millions in public money.”