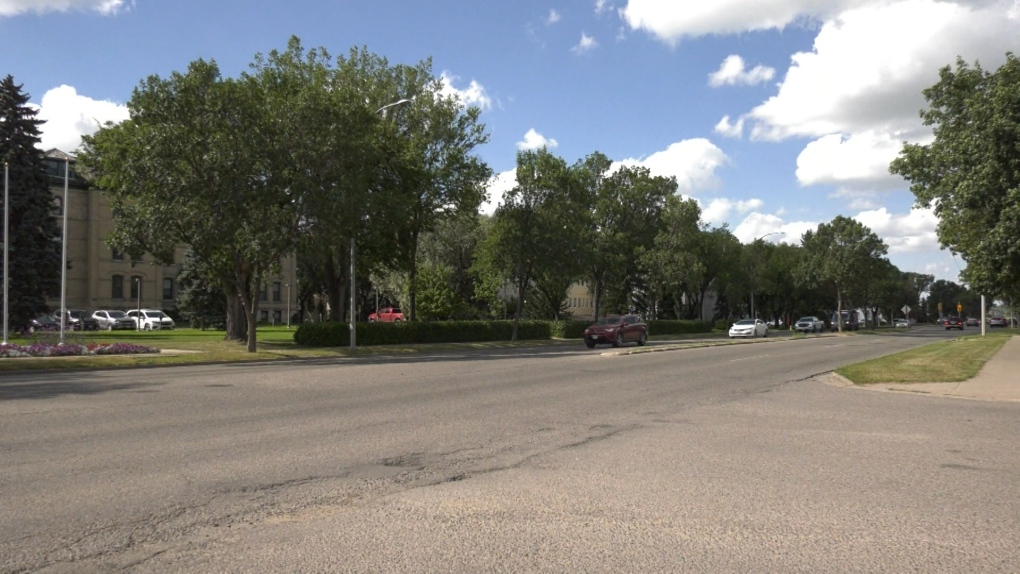 WINNIPEG -- The Prairie Mountain Health Region has been placed into the "restricted" level under the province's new Pandemic Response Plan.

"In Prairie Mountain Health, there are 95 active cases currently," he said. "The majority of cases continue to be in Brandon."

He added he is hearing reports of large gatherings throughout the region, including family gatherings, gatherings in parks, and religious gatherings.

"We've lost touch with the fundamentals, the things that got us the success early on," Roussin said. "It's easy to see why, we're only human, we've been through a lot of challenging times, and it's a beautiful Manitoba summer, and people want to get out and do things and see their friends and family, but we know that this is the result.

"This virus is spread from close, prolonged contact, and so we need to increase that level of restriction right now before things get out of hand."

Under the new level, masks are mandatory for both indoor public places and any public gatherings, and group sizes in the region are limited to 10 people, both inside and outside. Roussin said these restrictions will take effect on Monday.

Exceptions to the public gathering rules include workplaces and retail outlets.

"We know that the incubation period of this virus is around 14 days, and any measures we implement take some time to show an effect, and we need to see that effect for some duration in the meantime, so orders such as these would definitely be in for a minimum of a single incubation period, much more likely at least two incubation periods, and longer depending on what the response is we see," Roussin said, adding more details on the measures will be released Thursday afternoon.

Roussin added the new measures could have an impact on the start of the school year in the region.

"We're engaging with the educational system now to make plans to be in this restricted level, which could change some of the return in those areas," he said, noting there could be a blended learning model in place if the restricted level remains in effect.

Brandon's mayor, Rick Chrest, said the situation happening right now in his city should be a lesson for the rest of the province.

"Brandon was just spectacular at dealing with this. And even with that, we ended up with a cluster that really took off," he said.

"So every community should use this as a wake up call, that this can happen anywhere."

Speaking to media on Thursday, Manitoba NDP Leader Wab Kinew said he believes the provincial government has mismanaged the outbreak in the region.