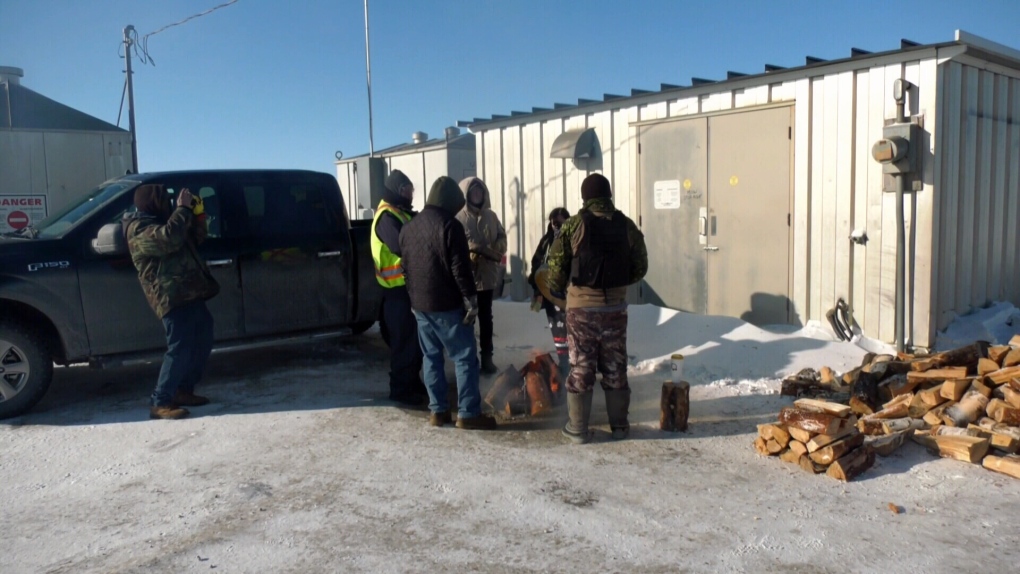 Protesters have set a blockade along the CN and Via rail tracks near Headingley, Manitoba in support of the Wet'suwet'en standoff against the RCMP in British Columbia. (source: CTV News Winnipeg)

WINNIPEG -- The Manitoba government has introduced a bill that proposes tougher fines and possible imprisonment for people interfering with critical infrastructure.

Justice Minister Cameron Friesen said the Progressive Conservative government was looking for a balance between the rights of people to protest and the needs to maintain infrastructure.

"The intent there would be to allow for people to gather, allow for their voices to be heard but to keep them and everyone safe while ensuring the unfettered operation, construction or use of that infrastructure," Friesen said Monday.

The bill allows for the owner or operator of the infrastructure to be able to apply for a court order to create a temporary protection zone.

Included would be oil or natural gas pipelines and provincial highways. It also includes courthouses, hospitals and animal processing facilities.

Each day a person doesn't follow the court order, the fine can be imposed again.

A court would be able to designate an area where people could protest.

"There would be no desire to see the voices of Manitobans diminished in any way," Friesen said.

A controversial bill targeting protestors became law in Alberta last year following cross-Canada demonstrations in support of Wet'suwet'en hereditary chiefs in B.C. who were opposed to pipeline construction in their territory.

That legislation forbids anyone from willfully damaging or interfering with essential infrastructure and also brings in fines and jail time.

It is facing a constitutional challenge from an Alberta labour union.

Friesen said Manitoba's proposed legislation is different. The minister said the Tory bill doesn't just target those protesting the oil industry and is clearer about what constitutes critical infrastructure.

Nahanni Fontaine, justice critic for Manitoba's Opposition New Democrats, said the large fines can be devastating for people who are standing up for their rights. She accused the Tories of using the bill to silence anyone who doesn't agree with them.

"It's important for Manitobans and Canadians to have that opportunity to express their displeasure at whatever the issue may be," she said.

This report by The Canadian Press was first published March 15, 2021.