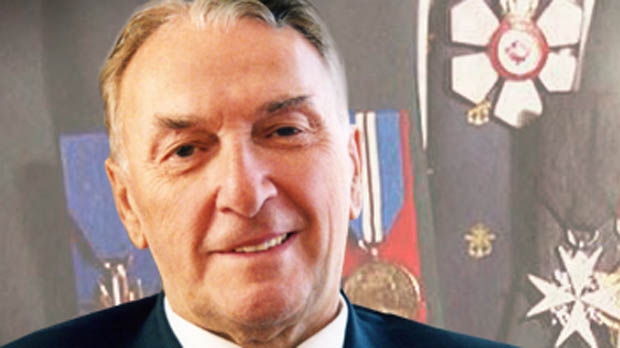 A grenade during the war cost Cliff Chadderton his leg, which prompted him to devote much of his life to helping veterans through the War Amps organization. (File image)

WINNIPEG -- The Manitoba government has named a lake in honour of Second World War veteran and amputees advocate Cliff Chadderton.

Chadderton Lake is located in the Duck Mountains in southwestern Manitoba.

Chadderton was born in Fort William, Ont., attended the University of Manitoba, worked for the Winnipeg Free Press and played hockey with the Winnipeg Rangers.

A grenade during the war cost him his right leg, which prompted him to devote much of his life to helping veterans through the War Amps organization.

Under his direction, the War Amps expanded to include child amputees.

Chadderton died three years ago at the age of 90.

"Let us also never forget those who fought for our country and for our freedoms," Sustainable Development Minister Cathy Cox said in a release Wednesday.

"Extraordinary Manitoban, Cliff Chadderton, lost his right leg in battle and spent the majority of his post-war life advocating for amputees and veterans. We are eternally grateful and pleased to honour his sacrifice in this way."

Chadderton enlisted with the Royal Winnipeg Rifles in 1939 when he was just 20 and rose to the rank of major.

Stationed in Britain, France, Belgium and the Netherlands, he was

wounded twice, once by a bullet in Normandy and once by a grenade in northern Belgium. It was the grenade that cost him his leg.