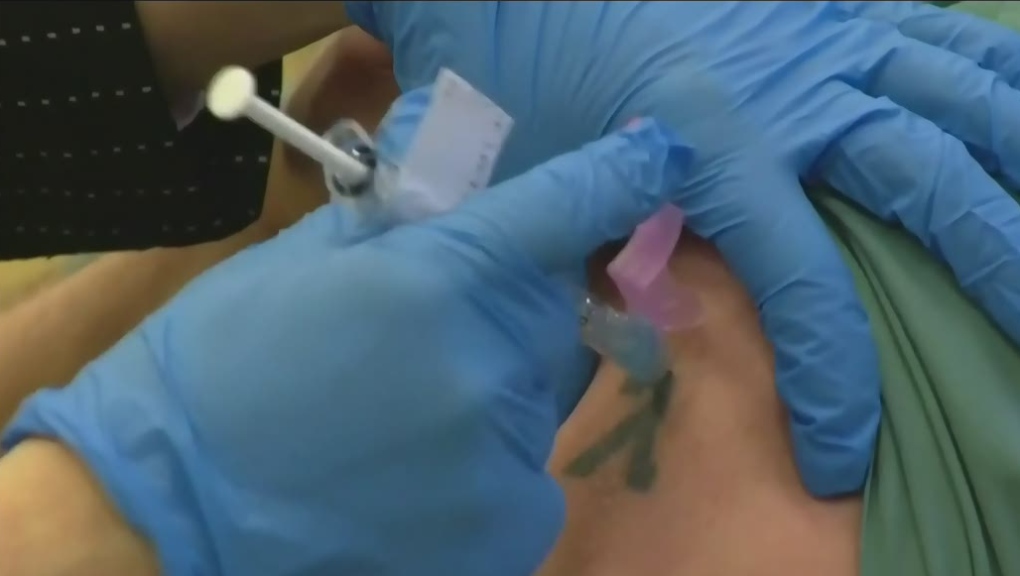 WINNIPEG -- The Manitoba government has laid out the structure for the group in charge of implementing the COVID-19 vaccine in the province.

During a technical briefing on Tuesday, the government explained who is involved with the vaccine implementation task force and the work it will be doing.

According to the province, hundreds of public servants have been assigned to work on the vaccine implementation program.

It specified that more than 50 public servants have been assigned to the vaccine implementation task force, more than 20 workers have been seconded from Crown corporations, and more than 1,700 people are in place to support the immunization campaign, including 1,100 new hires and 600 people from regional health authorities.

Operations are ramping up to be the biggest aspect of the task force, so it has multiple streams below it, including setting up the vaccine sites and the focused immunizations teams.

The task force also has human resource support, skilled experts for its data, and training support.

The government said the task force is also collaborating with medical leadership through a vaccine medical advisory table.

This advisory group consists of 27 physicians, a pharmacist, and two nurses, and will help set the medical and clinical guidance for procedures to safely administer the vaccine.

On top of this, another eight physicians, four pharmacists, and one nurse will advise on a distribution process for any future vaccines, specifically those that can be stored and distributed at pharmacies or medical clinics.

The province noted it is taking all the expert advice from the Public Health Agency of Canada’s national advisory on immunization, as well as following the manufacturers’ guidelines.

The Manitoba government said there are currently three vaccines in development that Health Canada could approve in the future.

During the tech briefing, the government emphasized how important collaboration is with its First Nations partners.

The province, First Nations health experts, and the federal government have formed an advisory group to make sure the allocation, distribution, and prioritization of the vaccine to Manitoba’s First Nations are informed and led by the communities.

The government noted that Manitoba’s First Nations are at significant risks from COVID-19, and its collaborative approach has been an important part of the vaccine rollout.