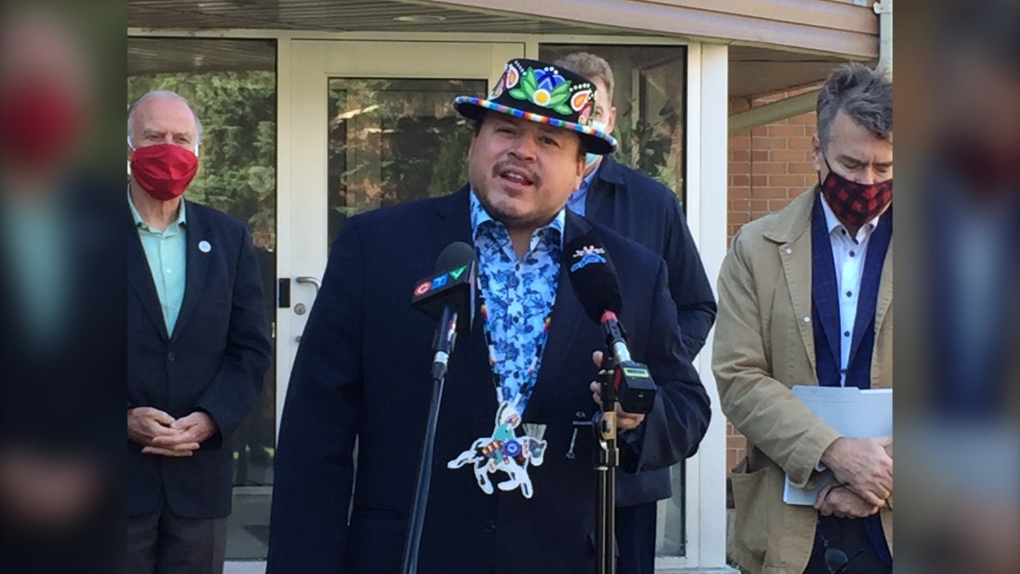 WINNIPEG -- The Manitoba Liberals and Southern Chiefs’ Organization (SCO) is calling on the province to remove two measures from its budget, which they allege undermine vulnerable children.

According to these two groups, the PCs have introduced two clauses in the budget that deny people the opportunity of suing the government for compensation. They note that unlike other bills, budget bills don’t go before committees for public hearings.

“Rather than they settle it through the court, because we’re in a democracy here, you know there’s fairness in our decisions, in our disputes, there’s supposed to be,” said SCO Grand Chief Jerry Daniels.

“(Pallister is) going to create legislation that removes himself from that.”

According to the Liberals and SCO, one of the budget measures they want withdrawn protects the province after it clawed back tens of millions in benefits meant for children in care. The groups add the province is currently being sued by former CFS wards to get their money back, but if the budget passes, then the lawsuit will end.

The groups’ second gripe has to do with a law that would cancel a lease between the Southern Authority and a private landlord, and stop anyone from suing.

They note the PCs introduced this law after the province ordered the eviction of a children’s home located at 800 Adele Ave, in February 2019.

“Ultimately what we’re talking about today is keeping our word and doing the right thing,” said Liberal Leader Dougald Lamont.

“They’re trying to give themselves a ‘get out of jail free card’ and use their power to cancel lawsuits that are preceding against them in the courts right now,” he said.

In an emailed response to CTV News, Heather Stefanson, the minister of families, said the Liberals proved their disregard for taxpayers and vulnerable children.

"By arguing that the government should continue to waste millions of taxpayer dollars on a property that sat virtually empty for most of the time it was operational," she said. "They also showed that they are willing to spread blatant misinformation to score political points."

Stefanson said the province helped with the Southern First Nations Network of Care (SFNNC) by assisting it with its lease of 800 Adele Ave. and also signed a 20-year deal which cost $9.4 million.

"The province began paying SFNNC the equivalent of its lease costs beginning in 2016. Our government attempted to renegotiate the terms of the lease on several occasions, unsuccessfully. If the lease is not terminated, it will cost the province another $6.5 million over the next 10 years, plus maintenance costs. We believe that is a complete waste of taxpayer money, which is why we are taking steps to end the lease," said Stefanson.

"Our government believes that vulnerable children should be in loving homes, not large commercial properties. Children who were at 800 Adele were transitioned to placements by the CFS agencies responsible, based on their assessments and care needs. Every child who left the Adele Avenue property had a plan in place for their transition and notice was provided to them," she added.

Stefanson said unlike the Liberals, the PCs will continue to stand up for the taxpayers in the province and vulnerable children.