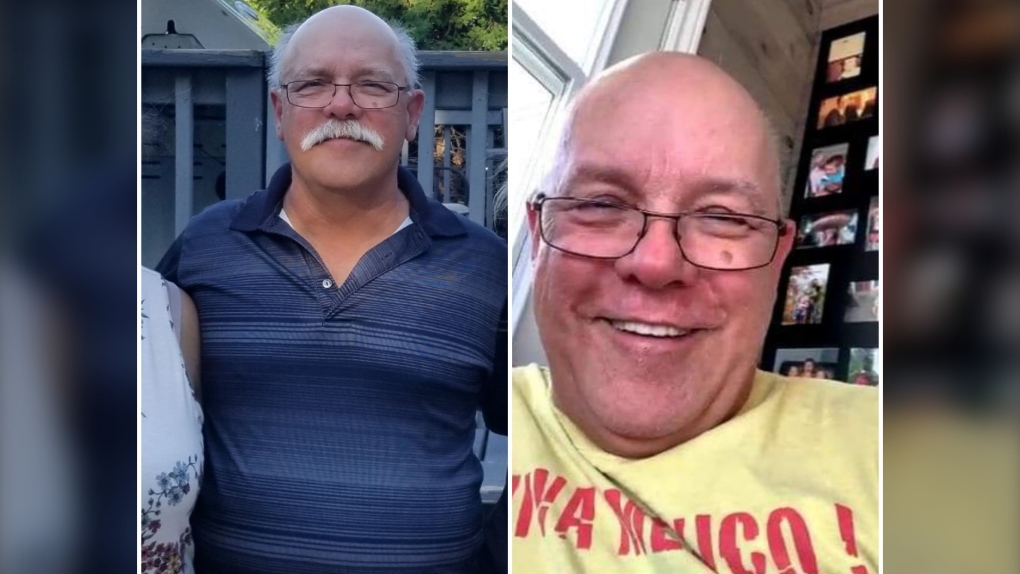 WINNIPEG -- Now that it is November you can expect to see a lot of men having clean-shaven faces as they prepare for a month-long journey to grow a moustache in support of prostate and testicular cancer.

One of those men is Guy Roy, but for him to start the month with no hair on his upper lip came as quite a surprise to his family.

She said she received a text message Sunday morning with a picture of her dad and the moustache had been shaved.

"I almost didn't believe it was him because it didn't look like him. Yeah, it was a bit of a shock."

She said he kept it hidden from a lot of his family and revealed it on Sunday morning after church, as he had to wear a mask the whole time during the service.

Lynne said her dad was persuaded by a friend to participate in Movember this year.

She said he decided to do it because he recently fought a cancer battle of his own.

"Dad was diagnosed with prostate cancer back in September 2019. That was actually just two weeks after my mom passed away from cancer," said Lynne.

"He underwent surgery in February to remove his prostate and now he is cancer-free."

Lynne said her dad isn't alone in the growing process as he has joined forces with his friend and neighbour Robert Poirier, who also battled prostate cancer and is also now cancer-free.

Lynne said they have created a fundraising page for donations with the goals of $2,000.

"We started with a less ambitious amount but then when it started pouring in I said 'why not go for the gold'."

Lynne said she is so proud of her dad for supporting such an important cause and said it has already brought her closer together with her dad and the rest of her family.

When asked what her dad will do now with his facial hair, she said her dad will once again keep the moustache but he plans to grow out his beard as well, which she said she has never seen him have either.

As of Tuesday afternoon, Guy and Robert's page has over $1,000 raised.