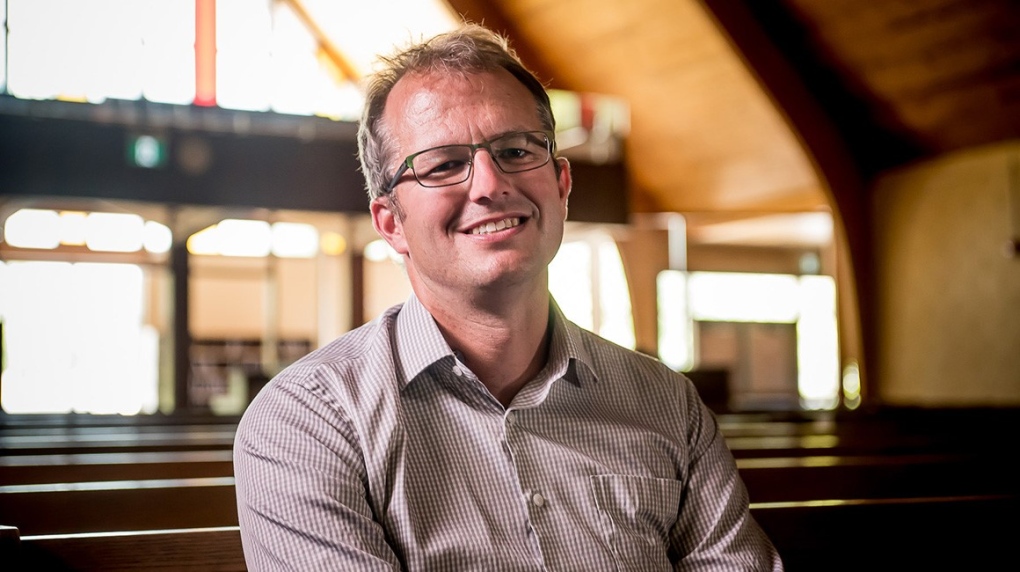 Kyle Penner, associate pastor at Grace Mennonite Church in Steinbach, Man., has been bombarded with negative messages online after participating in a campaign to encourage vaccine uptake. (Source: ProtectMB.ca)
WINNIPEG -

The associate pastor at Grace Mennonite Church in Steinbach, Man. has been overwhelmed with messages of support since sharing publicly that he’s become the target of negative messages for participating in a Manitoba government vaccine campaign.

Kyle Penner said he was asked by the province to take part in the campaign in which he appears on television, in newspapers and online encouraging people to get vaccinated.

“The first little bit was family and friends saying, ‘hey I saw you during the hockey game’ and there wasn’t very much going on,” Penner said in an interview. “Then, on the weekend what happened was the province bought the ads on social media, and then the negative messages started flooding my public Facebook page and my messages.”

“And then I came to work on Monday and my voicemail and my inbox was a dumpster fire. That was a little bit unexpected, I think, the vitriol and the visceral reaction.”

Penner stressed the hostile messages are coming from people he doesn’t know from outside of the community.

“There were also live phone calls. People just needed to call and yell at me or insult me or say really mean things and I was trying to understand why they were doing this,” Penner said. “In their voices, I heard a lot of fear. And I heard a lot of fear that these vaccines aren’t safe.”

“Our kids play soccer together, we live together here. So everything from within Steinbach has been kind and respectful and fair.”

Penner feels a lot of the messages were based on fear and misinformation.

Some people even made unsubstantiated claims he was being paid to take part in the campaign, which Penner said is not the case.

“There’s this rumour going around that I received $20,000 to endorse the vaccine and that is not true, all I’ve received is a $50 gas coupon to drive to Winnipeg to film the commercial.”

Vaccine uptake in the Steinbach health district and surrounding health district of Hanover remains lower than the provincial average. As of Wednesday 51.2 per cent of people in Steinbach and 37.4 per cent in Hanover have received at least one dose compared to 73.6 per cent province-wide.

“I really commend him for the work he continues to do,” said Reimer. “And for the response that he’s had even to people sending him those unpleasant and sometimes threatening messages.”

Reimer said the task force will continue to work with community leaders to address questions or concerns people may have about the vaccines to show they’re safe and effective.

Despite lower vaccination numbers in the area, Penner said he’s encouraged to see people in the community stepping up to get their shot.

“We are below average, we’re behind the game but every day that supersite is booked solid,” said Penner. “I think we’ll get there. All we need is time.”

“Patience and grace and understanding and time. We’ll get there.”