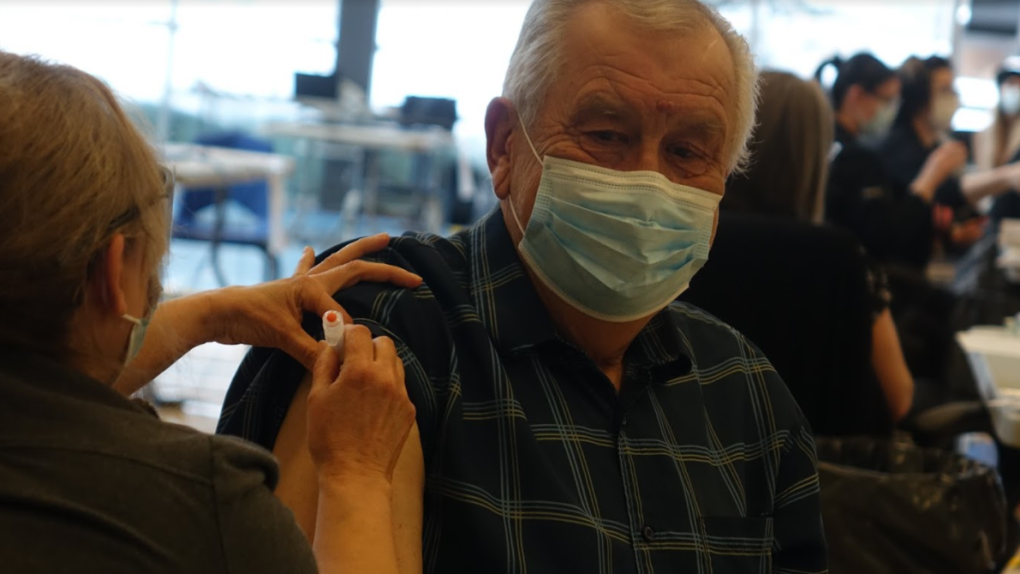 WINNIPEG -- The province of Manitoba is planning to ramp up its vaccine capacity to deliver 20,000 doses per day in the second quarter of 2021.

He said the province is getting ready to be able to deliver 1.5 million doses in the second quarter.

Botha said this is a shift from the 100,000 doses expected to be delivered in the first quarter. To achieve the 1.5 million doses, capacity will be increased to administer doses to 20,000 people each day. 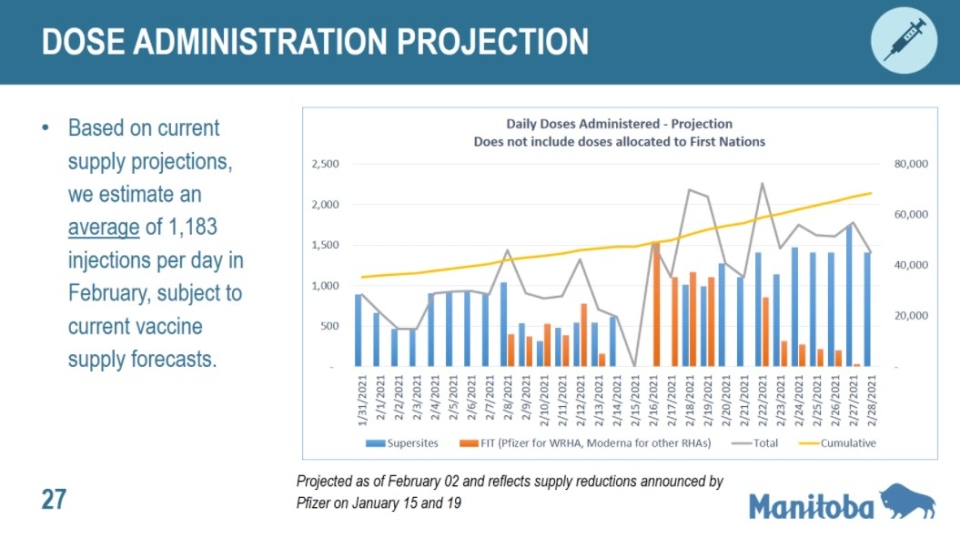 The province said based on the current projections, there will be an estimated 1,183 injections delivered per day in February.

According to the province, Manitoba ranks second in the country for total population immunized. Prince Edward Island currently holds the top spot. 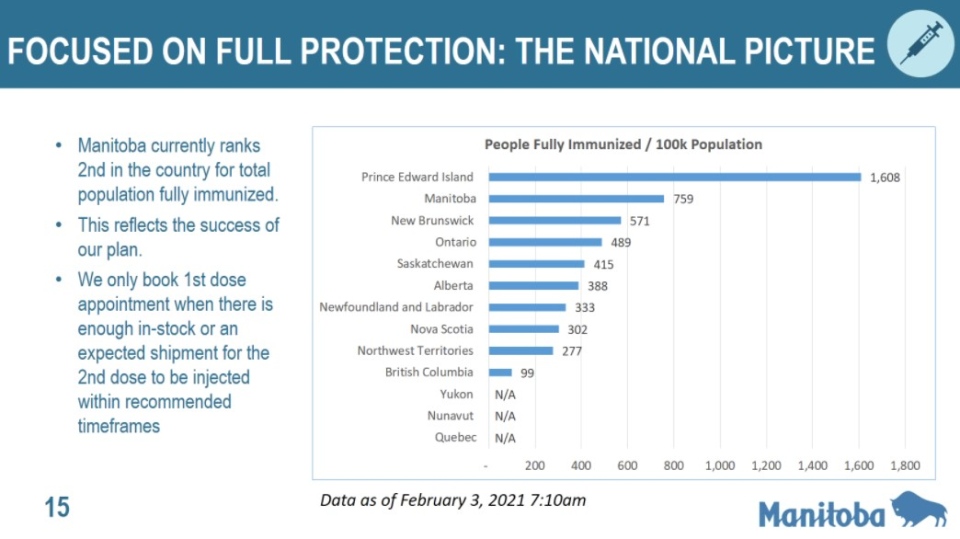 In preparation for the vaccine ramp up, Botha said the province plans to create nine more COVID-19 vaccination supersites, in addition to the sites already operating in Winnipeg, Brandon and Thompson. 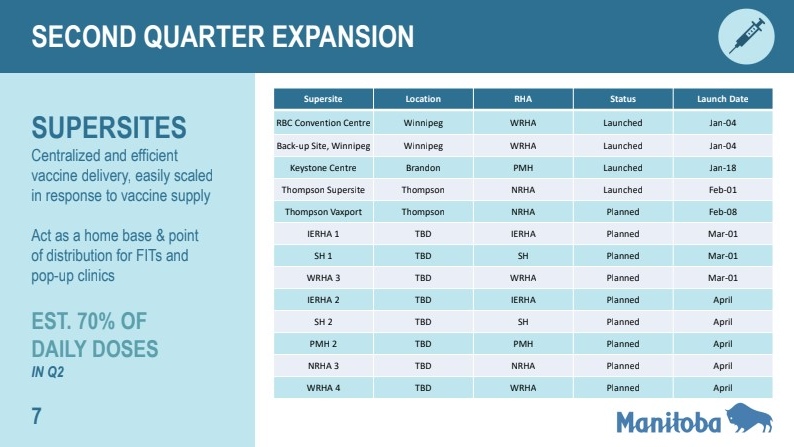 Two supersites in the Interlake-Eastern and Southern Health regions will be ready to launch as early as March 1, though the actual opening day will depend on vaccine supply.

The 13 supersites are estimated to deliver 70 per cent of Manitoba's daily doses.

Pharmacists and doctors will also be involved, delivering about 25 per cent of the daily doses from their medical clinics and pharmacies. The province said the suitable vaccines for this have not been approved yet in Canada.

READ MORE: How you can find out where you stand on Manitoba's vaccine priority list

The remaining five per cent of doses will be delivered through pop-up vaccination clinics in the province. Botha said the first of these clinics are opening in Flin Flon and The Pas on Feb. 8.

Other clinics are expected to open in Churchill, Gillam, Lynn Lake, Leaf Rapids and Grand Rapids in the coming weeks.

The province said this model can be expanded in the second quarter based on prioritized population. Botha said these clinics will work with the supersites – which will act as distribution hubs for the smaller clinics.

Botha said this all hinges on the vaccine supply – which he called the limiting factor in Manitoba’s vaccine rollout. He said the goal is to be prepared to deliver the full number of vaccines regardless of the supply.

"What is in our control is being ready, regardless of how much shows up," he said.