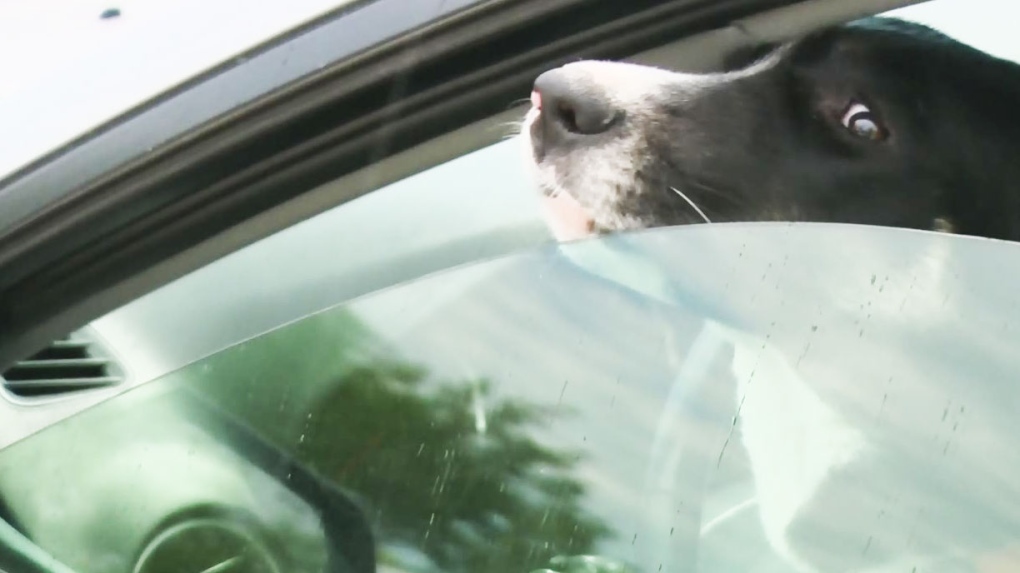 The Manitoba government may soon crack down on people who leave their pets in vehicles in extreme hot or cold weather.

A Progressive Conservative backbencher, Obby Khan, has introduced a private member's bill that would forbid people from leaving a pet unattended in a vehicle when the outside temperature is above 22 C or below -10 C.

There is an exception if the vehicle is left running and the climate control is on.

The proposal is similar to recent changes to Winnipeg's pet ownership bylaw, but it would extend the measure across the province.

Private member's bills are not often passed into law, but Khan's bill has received unanimous support from all parties so far and will go to public hearings before a final vote.

The bill was debated under rare circumstances, as several dog owners were allowed to bring their pets into the public gallery overlooking the legislature chamber.

"You can hear the dogs barking outside now," Khan told the chamber before the animals entered the gallery.

"They're excited about this bill."

Khan's bill would provide specific temperature limits for pets left in vehicles. It would also allow a wider range of enforcement personnel, including conservation officers, to administer the law and break into a vehicle to save an animal if necessary.

"Outside of Winnipeg, there's only a handful of animal protection officers that are working through the (chief veterinary officer)," Khan said.

"With more officers being able to enforce this (and) faster response times, we keep in mind the safety and well-being of animals."

Pet owners who contravene the proposed law would be subject to fines that would be determined by a judge or justice of the peace.

The Winnipeg Humane Society, which fields hundreds of calls a year relating to animals left in hot or cold temperatures, welcomed the bill.

"This is a really big win for animals," Jessica Miller, the society's chief executive officer, said.

This report by The Canadian Press was first published Nov. 29, 2022.