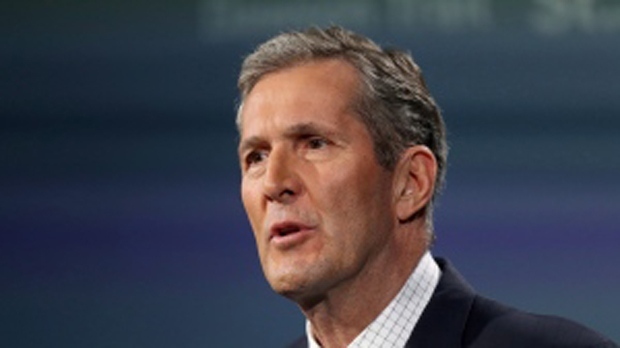 In 2016, months after taking office, Pallister said he planned to spend six to eight weeks a year in Costa Rica. He later revised that to five weeks. (File image)

WINNIPEG -- Manitoba Premier Brian Pallister has produced evidence that he has, after a year of controversy on the subject, paid a luxury tax he owed on his vacation home in Costa Rica.

Pallister showed The Canadian Press this week a document from a treasury department worker in the Costa Rica province of Guanacaste, where his vacation home is located and owned under a corporation called Finca Deneter Doce Sociedad Anonima.

"Guanacaste's tax administration states that the company Finca Deneter Doce Sociedad Anonima is up to date in the payment of the solidarity tax 2019," reads the one-page document, signed by a revenue technician and stamped with a seal of the treasury department. The document, dated Jan. 30, is in Spanish and was translated by The Canadian Press.

"However, the foregoing does not imply waiver of the collection of tax obligations whose existence is later detected."

Pallister said last August he paid roughly $8,000 in back taxes and penalties. The document he revealed this week does not contain any dollar figures.

The document may put an end to one chapter in the controversy that has dogged the premier about his vacation property and how much time he spends there.

Pallister and his wife purchased the hillside property in 2008. The main bungalow measures 3,400 square feet, according to design plans, and has what Pallister calls a "small finished area" in the basement with a piano and TV room.

There is also a pool, a groundskeeper's quarters and a gym.

A year after Pallister purchased the property, Costa Rica brought in a national tax on homes with a construction value of 100 million colones -- about $230,000. The tax is in addition to local taxes, which Pallister says he has always paid, and its threshold rises each year roughly in line with inflation.

The luxury tax is complex. It is not based on market value or estimates filed for construction permits, but instead on the type of building material used in each room, the area covered by each material and other factors.

The tax also relies somewhat on the honour system. Residents are, for the most part, left to file their own property assessments.

Last year, Pallister said he had never been billed for the luxury tax and had been advised that his home did not meet the threshold to pay it. The Costa Rica government maintains an online list of luxury tax debtors, but has not listed Pallister or his holding company.

Pallister promised to look into whether he owed the tax after questions in the legislature and from the media. In August, he admitted he had failed to have his property reassessed every three years as required by Costa Rica law and was being penalized for back taxes.

Since then, Pallister said, his lawyer in Costa Rica has been working on filing an updated assessment and paperwork to pay the luxury tax. A strike by Costa Rica government workers in the fall slowed things down.

"The lawyer began the process and then they went into a public-service general strike, so there's the reason for the delay," Pallister said this week.

Pallister has also faced criticism over the amount of time spent at his vacation property and for saying, on at least one occasion, that he was not there when he was.

In 2016, months after taking office, Pallister said he planned to spend six to eight weeks a year in Costa Rica. He later revised that to five weeks. He has gone twice since mid-December