Thousands of Manitobans opted to vote by mail during this year's federal election due to COVID-19 concerns, and some don't plan on returning to the polls in person again – even after the pandemic.

Winnipeg resident Aimee Horbul and her mother voted by mail for the first time this year.

"Even though I am vaccinated, I felt it was unnecessary if I had this option, to go into a public place where there may be potentially a lot of people," Horbul said.

"It was convenient, it was easy."

Bre Kelly has always cast her vote in person, but this year she decided to vote by mail.

"Basically as soon as it became available to me on the Elections Canada website to register for voting by mail, I registered," she said.

"It was probably like three days later I got my card in the mail and I sent it off before the end of August." 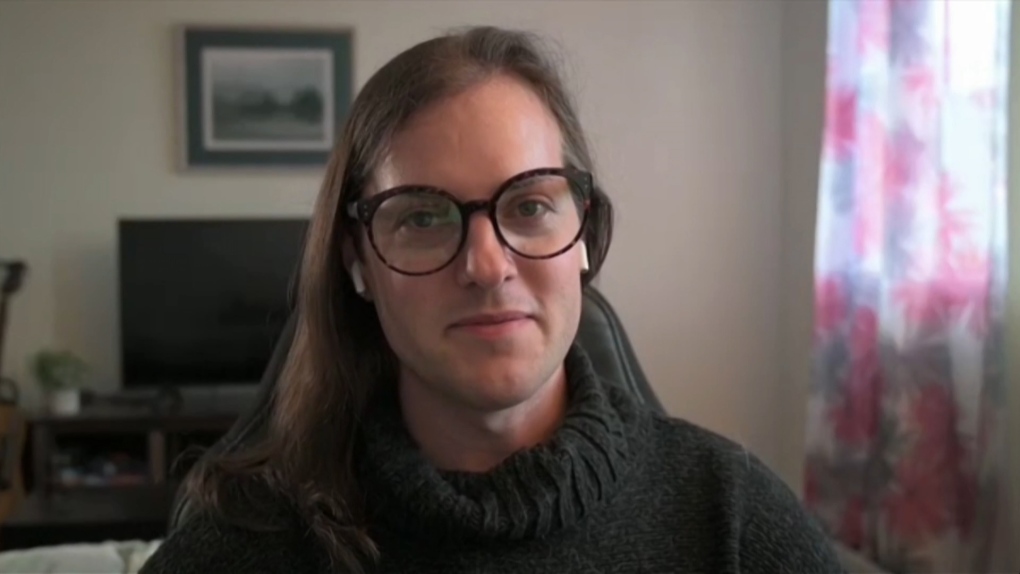 Bre Kelly (pictured) has always cast her vote in person, but this year she decided to vote by mail. (Source: CTV News Winnipeg)

Kelly said the ability to vote by mail is also a good option for people outside of major cities.

"Mostly because it is a bit of an accessibility thing," she said. "I've never had to live in a rural neighbourhood or area myself, but I know that voting by mail may be more convenient for people who don't have immediate access to polling stations."

Elections Canada says more than 1.2 million people registered to vote by mail this year – a significant jump from the approximately 55,000 voting kits sent out to Canadians during the 2019 election.

"It is quite a leap," said Marie-France Kenny, the regional media advisor for Elections Canada. "We believe the pandemic because of the fourth wave is one of the factors. There's several factors – people travelling, not wanting to go to a poll station, not wanting to wear a mask." 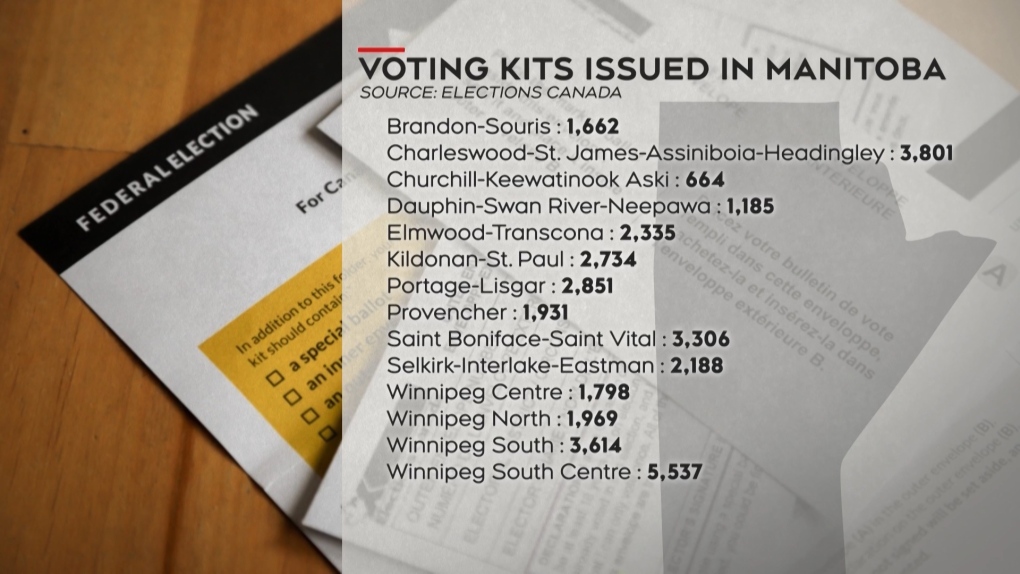 Winnipeg South Centre saw the highest uptake with mail-in voting, with more than 5,500 kits issued in the riding.

While the deadline to apply to vote by mail has passed, Kenny said it is important that those who applied to vote by mail send their ballot in by Election Day. They can send the ballot by mail, or drop it off at their local Elections Canada office, or return it to their assigned polling station.

SOME VOTERS PLAN TO KEEP VOTING BY MAIL BEYOND THE PANDEMIC

Kenny said it is hard to say whether this spike in mail-in ballots will continue beyond the pandemic.

"We don't know what the future holds as far as pandemics, as far as health issues or safety issues," Kenny said. "So it's hard to say at this point in whether the uptake will be the same in future elections."

As for Kelly and Horbul, they both plan on using the mail-in ballot options in future elections.

"If it is going to be an option for me, I will definitely take it. It is just one less errand I want to call it. One less errand for me to worry about," Kelly said.

"I mean there is some excitement of heading to the polls on Election Day that I might miss, but I think it may be a small sacrifice that I may want to make," Horbul said.

Those who didn't vote at the advanced polls or by mail will have to cast their vote in-person on Election Day on Sept. 20.

The Sarasota County Medical Examiner and a cadaver dog were called on Wednesday to a Florida park where authorities found several items belonging to Brian Laundrie, the missing fiance of Gabby Petito.