Many Manitoba businesses say it will take at least one year to recover from COVID-19: Chamber of Commerce 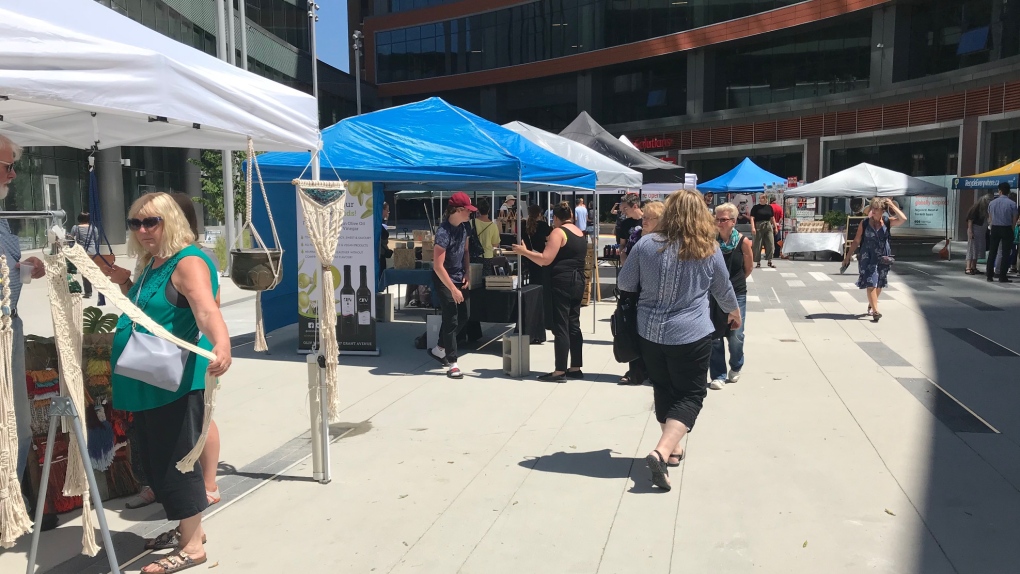 WINNIPEG -- More than 40 per cent of Manitoba businesses say it will take at least one year to recover from COVID-19.

The number comes from a "Pandemic Survival" survey done by Manitoba Chambers of Commerce, The Winnipeg Chamber of Commerce, and Leger Marketing.

"What we confirmed in this survey — a follow-up to our March survey that measured the initial impact of COVID-19 on Manitoba business — is that retail, restaurants, tourism, hospitality, recreation, and services have been hit hard, and confidence about the future is shaken," said Chuck Davidson, president and CEO of Manitoba Chambers of Commerce, in a news release.

"What is of concern is that at least 40 per cent of business owners feel it will take at least a year for business revenues to return to pre-pandemic levels."

The survey found that 85 per cent of medium to large-sized businesses remained open during the pandemic as compared to just 62 per cent of small businesses (1 to 10 employees).

It also showed that "short-term liquidity" and "debt repayment" are the top two major concerns reported among retail services and hospitality industry members.

"While we are happy to be moving to Phase 3 of Manitoba's reopening, for far too many businesses, the economic scars won't heal anytime soon," said Loren Remillard, president and CEO of The Winnipeg Chamber of Commerce, in a news release.

"The survey results show the overall situation is progressing from critical to stable, but businesses continue to be vulnerable and are facing a second wave of economic hardship when deferred tax bills come due, and repayment of debt incurred begins in the fall. More help is critically needed in the months ahead if our local business community is going to return to full health, especially those in the retail, tourism, cultural, and food service sectors."

According to the survey, industries like agriculture, manufacturing, transportation, and construction enjoyed considerable growth during the pandemic, some reporting growth upwards of 50 per cent over the same period last year.

The survey was conducted between May 20 to June 2, and as a non-probability sample internet survey, a margin of error is not to be reported.

The complete survey can be found here.